Agency Obligations May Not Be Circumvented Through Unique Statutory Interpretation
By Bradford Kuhn, Jillian Friess Leivas on 12.04.2020
Posted in Court Decisions 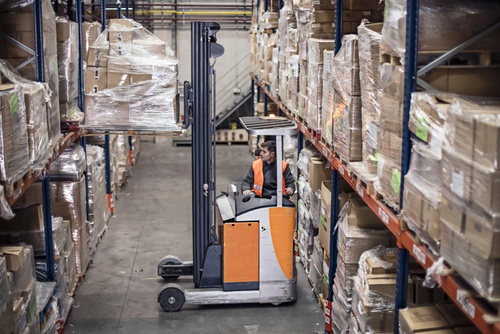 Sometimes a public agency ends up abandoning an eminent domain proceeding, even after the property owner or business has moved from the property. Under Code of Civil Procedure, section 1268.620, if a defendant “moves from property” and the agency subsequently dismisses the suit, the owner/business may be able to recover payment of all damages proximately caused by the proceeding and its dismissal.  One would think determining whether an owner/occupant has “moved” from the property would not be an issue for dispute.  But a recent unpublished California Court of Appeal decision, San Joaquin Regional Transit District v. Superior Court, No. C084755 (Dec. 1, 2020), explains what happens when a business is in the process of moving -- but has not yet fully relocated -- when the abandonment occurs.

Beginning in 2005, San Joaquin Regional Transit District (District) initiated attempts to acquire property in Stockton upon which Sardee Industries, Inc. (Sardee) operated a manufacturing facility. This eventually led to an eminent domain suit in 2010 and an order of prejudgment possession in 2011. The order of possession was unique, as it gave legal possession of the property to the District, but permitted Sardee to occupy a portion of the property, while paying rent, in order to wind down its operations. Throughout this time, Sardee attempted in good faith to relocate its facilities and concluded that combining with a preexisting facility in Illinois would be the most prudent step. Ultimately, the District abandoned the condemnation action in April 2012.

As a result, Sardee sought damages under the abandonment statute (section 1268.620). The District argued Sardee was not entitled to damages since it had not completely moved from the property. Specifically, while Sardee had nearly finished moving all of its operations to the Illinois facility and adapting that facility to handle the specific manufacturing that had previously occurred only in Stockton, at the time of the abandonment, a few of its machines still remained on the property.

The Court of Appeal agreed with the trial court’s findings, concluding that the term “physically dispossessed” as used by the District does not exist in the statute, and thus the plain language governs. The Court’s analysis then turned on whether or not Sardee had “moved” from the property, not whether or not it was “physically dispossessed.”  Given the extensive efforts put forth by Sardee to relocate and move from the Stockton facility, the Court of Appeal agreed with the trial court that Sardee qualified as having moved for purposes of recovering under section 1268.620.  As such, “moves from property” does not require physical dispossession or ultimate completion of a move, but rather sufficient engagement and efforts in the moving process.

While an unpublished decision, this opinion provides a reminder for public agencies to be cognizant of all potential costs when deciding whether to abandon an eminent domain action, as courts are likely to take note of the efforts of property and business owners.