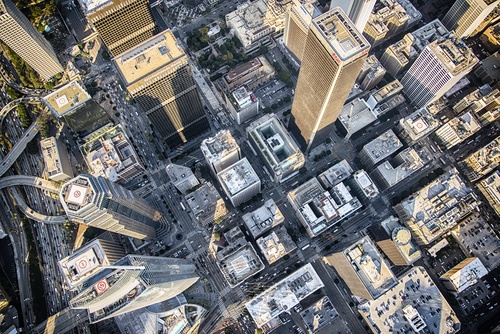 When public projects are being constructed, surrounding property owners typically experience construction impacts, such as noise, dust, fumes, vibration, and road detours.  Typically, absent a physical taking of property, those construction impacts are not compensable under an inverse condemnation claim unless the property owner experiences a direct, substantial, and peculiar impact.  While this has generally been the law in California for quite some time, a recent published California Court of Appeal decision, Today’s IV, Inc. v. Los Angeles County Metropolitan Transportation Authority, No. B306197 (2022 Cal.App. LEXIS 840), highlights the uphill battle a property owner faces just to survive the pleading stage of alleging an inverse condemnation cause of action.

Los Angeles County Metropolitan Transportation Authority (Metro) was constructing the Regional Connector Transit Project, an underground subway, which would directly link the tracks of three Metro rail lines.  A portion of the project runs along and under Flower Street, including between 4th and 5th Streets.  The Westin Bonaventure Hotel and Suites (Bonaventure) is located between Flower and Figueroa Streets and is bounded on the north and south by 4th Street and 5th Street.  The Bonaventure’s only access to its parking garage and loading dock are via Flower Street.  Further, the Bonaventure’s primary guest/invitee drop-off and pick-up point is located on Flower Street as well.  Neighboring properties are primarily office buildings.

Most of the project was to be constructed via an underground tunnel boring machine, which is far less disruptive to surface traffic and adjacent land uses than the alternative method – cut and cover.  However, the portion of the project along Flower Street was to be constructed via cut and cover because (1) the soil was unsuitable and unstable, with a high subsidence risk, (2) the shallowness of the tunnel at that point, and (3) the presence of hundreds of underground tiebacks along the tunnel route.

The property owner and the Bonaventure claimed to suffer impacts from the construction.  The property owner brought an inverse condemnation claim against Metro because it believed that there was unnecessary and substantial damage that directly and specially affected the hotel, and that the damage was far disproportionate to and excessive when compared to the harm suffered by any other property in the area.

Focusing only on the inverse condemnation claims, the property owner argued the claims were based on (1) the use of a cut-and-cover construction method, instead of a tunnel boring machine, (2) construction work during nights and weekends (which was particularly harmful to the hotel), (3) violation of certain noise limits, and (4) interference with access to the hotel. Metro filed a demurrer and argued the property owner failed to state facts sufficient to constitute a cause of action for inverse condemnation.  The trial court found no liability for inverse condemnation and sustained the demurrer.

In order for a claim of inverse condemnation to survive a demurrer, a plaintiff must sufficiently plead allegations that demonstrate the property suffered a “taking or damaging.”  Where the claim is based on an intangible intrusion, the damage suffered must be unique, special, or peculiar.  This case highlights that simply operating a different use on the property with particular sensitivity to construction (e.g., hotel use versus office use) is not, in and of itself, sufficient to demonstrate a unique or peculiar substantial impact.