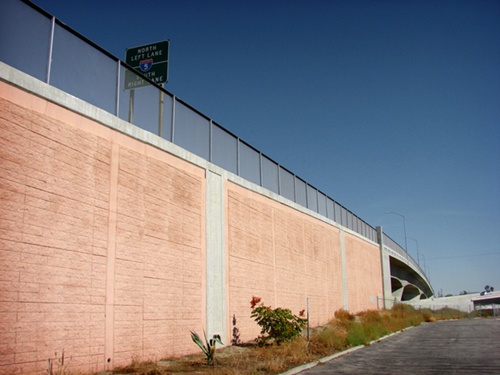 (a) If there is a dispute between plaintiff and defendant over an evidentiary or other legal issue affecting the determination of compensation, either party may move the court for a ruling on the issue. The motion shall be made not later than 60 days before commencement of trial on the issue of compensation. The motion shall be heard by the judge assigned for trial of the case.

In eminent domain actions, either party can bring a legal issues motion to ask the court to make a determination on a specific legal or evidentiary issue. Some of the most common issues presented include: (i) the propriety of an appraiser’s valuation methodology, (ii) the comparability of a certain sale being relied upon, (iii) whether certain damages may be claimed, e.g., severance damages, and (iv) the ability to present certain percipient witness testimony. The motion has to be made at least 60 days before trial which gives the parties a sort-of ‘grace period’ within which they can reevaluate their cases and hopefully settle, or otherwise adjust their valuation statements, collect necessary evidence, and conduct expert discovery before trial.

Three months before trial, the defendant public agencies filed a “Motion for Legal Determination of Liability re Inverse Condemnation Action” pursuant to Section 1260.040 requesting judgment in their favor, arguing that the owners failed to “show they had experienced damage to their properties that was different from the damage experienced by neighboring property owners…” The property owners opposed the Motion, arguing that (i) section 1260.040 motions are only available in eminent domain actions, (ii) the motions cannot be used to determine liability, and (iii) the owners were entitled to a bench trial for a liability determination. However, the trial court agreed that the owners could not prove that the damage to their properties was “unique and peculiar damage” that was uncommon to neighboring properties, and entered judgment for the transportation agencies.

Though the Court’s opinion is lengthy and covers a plethora of issues - - from the differences between an eminent domain action and an inverse condemnation action to the legislative history of section 1260.040 and the many reasons why it declines to “import” section 1260.040 into inverse condemnation procedure - - the Court’s ruling is rather simple. At its heart, the opinion answers an often-asked question and resolves procedural confusion: Section 1260.040 motions cannot be used in inverse condemnation actions and cannot be used to determine liability. Instead, litigants should use the tools already available to determine liability, i.e., demurrers, motions for summary judgment or summary adjudication, and bench trials. The argument made by the agencies is a practical one – what if those mechanisms are overly cumbersome, or are difficult to apply to inverse condemnation cases – shouldn’t there be another tool to shortcut the expensive and time-consuming procedures used in regular civil litigation? Perhaps, but at this point, those alternatives do not exist.

The Court also explains that, in eminent domain actions, there is no real issue of liability – the public agency is taking the property. As such, using section 1260.040 motions to determine liability does not make sense, and more importantly, that was not what they were intended to do. Legal issues motions are rarely, if ever, dispositive; they focus on discrete issues affecting compensation.  According to the Court, the legislative purpose of legal issues motions is to narrow the issues to be presented to a jury and to encourage settlement. If evidentiary or legal issues are resolved well before trial, a litigant can reevaluate its case and perhaps the outcome can bring the parties together, or at least narrow the gap between the competing valuation conclusions.

As an eminent domain practitioner, I can see both sides of this issue. I can understand why public agencies would want an alternative to a summary judgment motion and why they see the legal issues motion as a way to speed up the litigation process and get to a liability determination without a bench trial. At the same time, I can understand why a property owner would feel slighted if the proper procedure were not followed and if they were not allowed their “day in court” to prove their case. In the end, the Court took a practical approach to addressing an important question, and though the Court acknowledged there are some areas where eminent domain law and inverse condemnation law intersect, it reminds us that there are limits to the overlap.