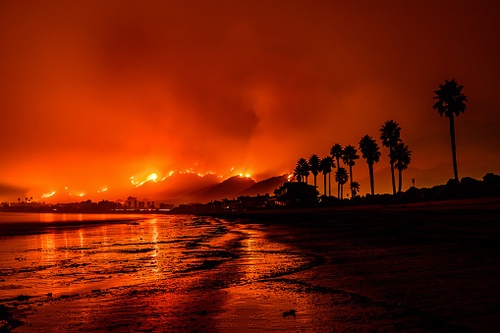 In Governor Gavin Newsom’s first State of the State address, he called for the creation of a strike force charged with developing a comprehensive strategy to address the destabilizing effect of catastrophic wildfires on the State.  On April 12, 2019, Governor Newsom announced the results of that dedicated effort, in the form of a report titled Wildfires and Climate Change: California’s Energy Future (Strike Force Report).  Governor Newsom also summarized the findings of the Strike Force Report in a press conference that can be viewed here.

The Strike Force Report first sets out steps the State must take to reduce the incidence and severity of wildfires, including the significant wildfire mitigation and resiliency efforts the Governor has previously proposed. Recognizing that climate change is a core driver of heightened wildfire risk, the Strike Force Report also outlines the Governor’s vision for clean energy policies to reduce the impacts of climate change on wildfire risk. The Strike Force Report concludes that wildfires are an issue that must be tackled by numerous stakeholders, including the State, local agencies, and private property owners, to address a variety of contributors to wildfires, including improving vegetation management and fire suppression, incentivizing private owners to mitigate risks, building safer communities and stricter land use controls, and improving emergency response.

With respect to a potential change in the law, the Strike Force Report suggests that shareholders (not customers) should continue to be responsible where a utility fails to operate safely, but otherwise, [a]ny real plan must allocate costs resulting from wildfires in a manner that shares the burden broadly among stakeholders including utilities (ratepayers and investors), insurance companies, local governments, and attorneys. The Strike Force Report also provides a brief overview of California’s unique doctrine of inverse condemnation and notes that the combination of strict liability and statutory attorney’s fees exposes California utilities to significant potential liability which needs to be more broadly apportioned.

The Strike Force Report identifies three concepts to address catastrophic wildfire risk, which are proposed for further consideration and development:

Additionally, the Strike Force Report argues that the current structure of the CPUC does not allow it to effectively address wildfire safety and be nimble in today’s changing

The Strike Force Report announces several immediate next steps across a broad range of state agencies, reflecting the far-reaching consequences of catastrophic wildfires. The Commission on Catastrophic Wildfire Cost and Recovery, the Legislature, and the Governor’s strike force will continue working over the next few months to develop a solution for consideration by the Governor and the Legislature that most effectively addresses wildfire liability.