Can a Public Agency Condemn Property to Prevent a Proposed Private Use?
By Bradford Kuhn on 06.11.2021
Posted in Inverse Condemnation & Regulatory Takings, Lawsuit, Right to Take, Valuation 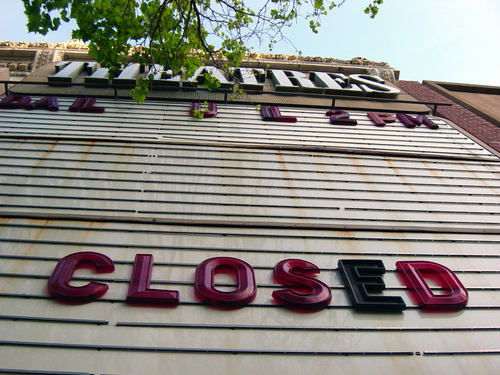 In the City of Fresno, the Tower Theatre is a bohemian landmark, opened in 1929 as a 20th Century Fox Movie House. This year, it became public that Adventure Church was buying the theatre, which has caused tensions to rise in the community, with thousands signing a petition to save the historic theatre, weeks of demonstrations trying to prevent its use as a church, and even a pending lawsuit. The City attempted to defuse the situation by offering Adventure Church an alternative location, which also backfired. So what’s next? The City may be considering using eminent domain to prevent the use of the Tower Theatre for a church. But can it do so?

According to an article in the Fresno Bee, while the City has not definitively said it wants to use eminent domain, it has filed a “petition for order permitting inspection for appraisal”. That appraisal is a required step to present an offer of just compensation before adopting a resolution of necessity and resorting to eminent domain. The City indicates it has the power to acquire the property, since California law allows for public agencies to take necessary steps to ensure historical preservation, and the Tower Theatre is listed on the National Register of Historic Places. The City also indicates it may “acquire property for development for recreational purposes and for development of facilities in connection therewith”.

If the City can convince the court that preservation of a historic resource is a legitimate public use of property, and that historic preservation is being jeopardized by a potential private use, it may be able to proceed. But it will face significant obstacles. For one, the Religious Land Use and Institutionalized Persons Act (RLUIPA) protects religious institutions from discrimination in zoning and landmarking laws.  Additionally, the City must demonstrate that it will put the property to a more necessary public use.  However, such “public uses” have been broadly defined as matters of public health, recreation and enjoyment (including allowing for the City of Oakland to potentially take and operate the Raiders’ football franchise). To provide some context for the potential uphill battle if the City of Fresno does try to proceed with eminent domain, the City of Visalia previously attempted to stop a local church from buying a downtown theatre, and that resulted in a 3-year legal fight that the City eventually won.

If the City does successfully pursue condemnation, then how much is Tower Theatre worth? The 81-year-old venue and surrounding properties went up for sale last year with a $6.5 million asking price, but Adventure Church paid $3.9 million. This likely sets a strong bar for the potential value of the property in an eventual eminent domain action. We’ll stay tuned and follow this one.