City’s Forced Sale of Public Nuisance Property Not a Taking
By Bradford Kuhn on 04.11.2022
Posted in Court Decisions 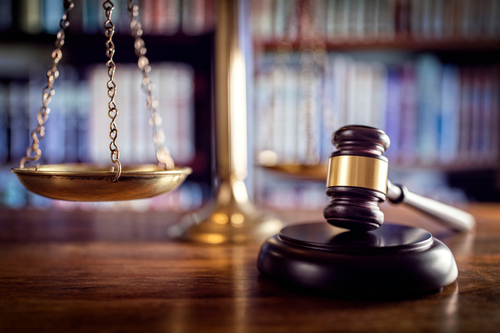 When the government forces a property owner to sell private property, it is usually done through an eminent domain action (a direct taking), and the government is required to pay just compensation. But what if the forced sale is because the property is a public nuisance (for example, if the property is dilapidated and has code violations) -- does that constitute a taking requiring the use of eminent domain? According to a recent Court of Appeal decision, the answer is no: the forced sale of private property based on public nuisance grounds is within the government’s police powers.

In City of Fontana v. United States Bank (2022 Cal.App. Unpub. LEXIS 2127), a residence was in disrepair and the City sent the owners and their lender a notice and order to repair and abate; no action was taken to address the violations, and the City filed a petition with the court to appoint a receiver to sell the house, with an express condition that any buyer must repair the violations. The house was ultimately sold, and the proceeds first went to pay the receiver, then the City’s attorneys’ fees and costs, finally followed by any remaining proceeds going to the lender. The lender lost several hundred thousand dollars and challenged the City’s priority of payment, arguing that the bank should have had priority and the City’s subordination of the loan resulted in a taking under the state and federal constitutions, or the City should have used its eminent domain powers to acquire the property so that the bank’s lien did not become subordinate. The trial court rejected the lender’s arguments, and the lender appealed.

On appeal, the Court explained that while the government must pay when it takes private property, including a lien, there is a general exception that damages incurred through the use of the police power are non-compensable. The Court further explained that requiring the sale of property that constituted a public nuisance in order to protect the health, safety, and general welfare of society fell squarely within the City’s police powers, and therefore subordinating the bank’s lien to complete the transaction did not result in a taking.

With respect to the bank’s argument that the City should have acquired the property by eminent domain, so the bank would be paid before receiver fees and the City’s legal expenses, the Court said this argument should have been raised during the receivership appointment hearing, and because it wasn’t, the bank waived any such argument. The Court further held that the eminent domain law requiring the payment of compensation to pay off a lien was inapplicable, as there was no taking to begin with. Finally, the Court held that if the bank wanted to better protect its interest, it had the right under its deed of trust to repair the house and bring it into compliance.

The case serves as a good reminder that not every forced sale of property constitutes a taking; when the government is acting to protect the health, safety and welfare of the community to address a public nuisance, such actions do not require the use of eminent domain, and an owner is not entitled to just compensation. The case also serves as a lesson for lenders that a lien may become subordinate to code violations and receivership costs in the event of a forced sale.