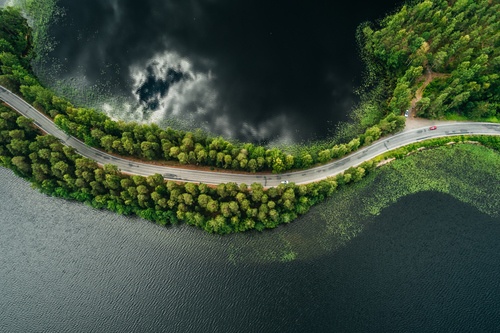 The language in conveyance and real estate documents impacts the type of property interests that are created and conveyed and defines the scope of those interests.  The importance of documentary language was crucial in a recent unpublished California Court of Appeal case, Canyon Vineyard Estates I, LLC v. DeJoria, 2022 Cal.App.Unpub. LEXIS 3414, which discussed issues of fee conveyance, conservation easements, and subordination issues.

A property owner owned over 400 acres of undeveloped land along the Santa Monica Mountains and the Pacific coastline.  The owner decided to donate the land to preserve it as open space for the enjoyment of the public.  He approached a non-profit that was dedicated to preserving land in the Santa Monica Mountains with a proposal to sell and gift the land to the non-profit.  The parties agreed the land would be sold to the non-profit for about $1 million and the remaining value of approximately $13 million would be donated.

Original Conveyance Document – The owner executed a grant deed to the non-profit, with many restrictions, including that the land would be held “in perpetuity as natural open space” with only a few minor exceptions.  This restriction was a covenant running with the land and binding upon any successive owners.  The grant deed also had a provision that if the non-profit or its successors breached the open space use provision, then the original grantor would have a reversionary interest in the property.  Even then, if the property was to revert, there were restrictions on how the original grantor would be able to further dispose of the property.

Years later, the non-profit was unable to make its payments and the lender initiated foreclosure proceedings.  The land was ultimately acquired and the new owner attempted to sell the land to developers.

The new owner initiated a quiet title action in order to extinguish the use restrictions on the property.  The trial court found that the grant deed was sufficient to convey two separate interests to the non-profit – a fee title and a conservation easement.  Ultimately, the court stated the language of “perpetuity” in the grant deed was sufficient to create the conservation easement and that it was superior to the subordination agreement.  Summary judgment was granted against the new owner and the new owner appealed.

The appeal addressed multiple issues pertaining to whether or not the grant deed created a conservation easement and if the property was still constrained by that easement.

Second, the new owner unsuccessful argued that the original grantor conveyed a fee interest and not an easement.  The Court determined that although the grant deed did not use the word “easement,” it met all of the statutory requirements to create a conservation easement and that the evidence sufficiently demonstrated that the original grantor conveyed to the non-profit a conservation easement, in addition to the fee title.

Third, the court determined that the conservation easement did not merge into the fee estate.  While the merger doctrine in a traditional situation would serve to combine the lesser estate into the greater estate, the applicability of the doctrine comes down to the parties’ intent.  Here, the Court found it was clear that parties intended to keep the estates separate in order to ensure the property is preserved in an open space condition.  The Court also stated that this conservation easement was not a nonsensical easement because its perpetual nature (which was distinct from general easements) was necessary to preserve the land as open space.

Fourth, the new owner argued the conservation easement was not actually perpetual due to the original owner’s right of termination and reversion.  Here, the language of the grant deed was key.  The Court determined the grant deed never gave the original grantor the right to terminate the use condition, only that the fee title could revert if the open space condition was violated.  Thus, even if the right to terminate was triggered and the fee title reverted to the original grantor, the restrictions on the property remained and were perpetual.

Finally, the public policy considerations support the existence of the conservation easement.  The court noted that a fundamental principle of contract interpretation is to give effect to the intent of the parties.  The evidence clearly indicated that the parties wanted this land to remain as open space in perpetuity.  Additionally, to rule the conservation easement was extinguished would create a windfall to the new owner because the property was acquired for under $2 million when its unencumbered value would be around or above $14 million and the public would be deprived of the opportunity to take advantage of the open space land.

Ultimately, the Court held that the conservation easement was not extinguished.

While there were a lot of different arguments made in an attempt to invalidate the conservation easement, this case serves as a reminder about the importance of the language used when property interests are conveyed and when other documents are drafted.  The Court took a close look at the language in both the grant deed and the subordination agreement to determine the scope of the interests.  It also applied rules of contract interpretation to enact the intent of the parties.  As we have discussed in past blog posts (See Balancing the Grantor and Grantee’s Rights to Use an Easement), the use of specific language is crucial in determining the scope of rights conveyed.

UPDATE: On May 17, 2022, this opinion was certified for partial publication.