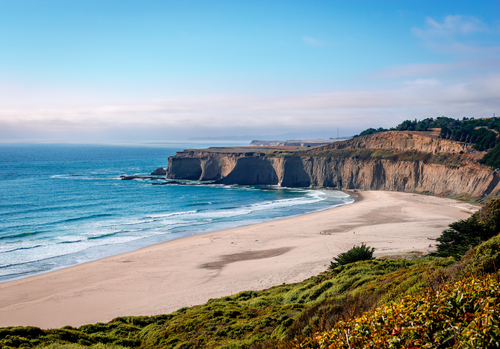 Mindful of the potential impact that the Coastal Act could have on property owners within the coastal zone, the Legislature included a provision in the Coastal Act that is intended to avoid interpretations of the Act that would result in a taking without just compensation. Specifically, the Coastal Act states:

The Legislature hereby finds and declares that this division is not intended, and shall not be construed as authorizing the commission, port governing body, or local government acting pursuant to this division to exercise their power to grant or deny a permit in a manner which will take or damage private property for public use, without the payment of just compensation therefor.  (Cal. Pub. Resources Code, § 30010.)

In response, the property owners filed a lawsuit in federal court alleging a regulatory taking under 42 U.S.C. § 1983 and the Fifth Amendment to the U.S. Constitution. While acknowledging that under the Supreme Court’s decision in Knick v. Township of Scott (2019) 129 S. Ct. 2162, a property owner is no longer required to exhaust state court remedies before pursuing a federal takings case, the federal court reaffirmed that a final decision is still required in order for a federal takings case to be ripe. The federal court then found that based on the alleged facts and the applicable law, there was no final decision by the County in this case.

In the coastal zone, obtaining a final decision can often be a time consuming and expensive process. Nevertheless, the federal court’s decision is a stark reminder to practitioners and property owners of the need to exhaust this process, even after Knick.