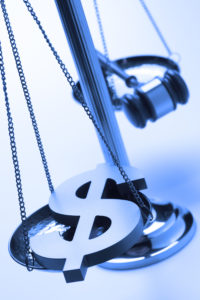 In an eminent domain proceeding, the property owner and the condemning agency each typically introduce evidence of just compensation through valuation experts. The jury is then required to render a verdict in between the owner’s (high) valuation and the agency’s (low) valuation. Usually the biggest delta between the sides involves severance damages -- or damages to the remainder property not being acquired. But what happens when the agency’s appraiser does not render a specific valuation opinion, instead simply concluding that any damages are offset by project benefits? Is this sufficient, or is the appraiser required to identify specific dollar amounts for damages and benefits? A recent Court of Appeal decision concludes that the appraiser is not required to identify specific damages and benefits in this circumstance.

In People ex rel. DOT v. Jarvis (June 28, 2019, 2019 Cal. App. Unpub. LEXIS 4403), Caltrans sought to condemn portions of two parcels for a highway improvement project to State Highway 101. The question of just compensation, including compensation for the take and severance damages, was tried to a jury. The experts for both parties agreed on the amount of compensation for taking a portion of the property. However, their opinions differed on the question of severance damages and benefits to the remainder.

The expert for the owners determined there were several factors which reduced the value of the property after the project was built, such as the height of the sound wall and elevated freeway and the decreased freeway access. He opined that there were no quantifiable benefits resulting from the project, which resulted in severance damages of $245,000.

The expert for the State testified that there were both damages and benefits to the property. He did not assign a dollar value to either damages or benefits, but instead, testified that the benefits outweighed the damages, and concluded that severance damages were therefore zero.

At trial, the court denied the owner’s motion for directed verdict. The jury determined that the project did not benefit the property and found a total of $133,762 in severance damages.

On appeal, the Court affirmed the trial court’s rulings.

The Court explained that neither party in an eminent domain action has the burden of proof on the issue of just compensation. Further, per Public Works v. Jarvis, the jury’s award must be between the range of values testified to by the experts. Here, the Owner argued that because the State did not provide a quantified value, the jury erred in awarding less than the amount of the Owner’s damages. The Court concluded that the State’s expert testified that benefits exceeded damages to the remainder, which in essence gave a valuation of zero. The jury’s award of $133,762 was between the Owner’s valuation of $245,000 and the State’s valuation of $0, therefore, it was proper.

The Owner also challenged the denial of the Motion for Directed Verdict. Based on Aetna Life & Casualty Co. v. City of Los Angeles, he argued that because the State’s expert did not quantify damages, there was insufficient evidence to survive a directed verdict. Here, the Court elected to follow the rule of Marshall v. Dept. of Water and Power and Redevelopment Agency v. Thrifty Oil Co., which provided that in evaluating expert witness testimony, the jury may consider not only the ultimate dollar value of opinions (in this case, the State’s valuation was deemed to be $0), but also the factors the expert considered as basis for their conclusions. In doing so, the jury had sufficient evidence of the State’s valuation to make a determination. The Court explained that, under the standard of review, if there is any substantial evidence a directed verdict should not be granted. Even though the jury ultimately did not give credit to the State’s testimony regarding benefits, the State provided more than a mere scintilla of evidence, which was sufficient to avoid a motion for directed verdict.

The Owner challenged the sufficiency of the evidence to support the jury’s verdict on severance damages on the grounds that since the jury only heard specific numbers from the Owner’s expert, those were the only numbers they could use. The Court explained that the appropriate analysis was similar to what was previously given. The jury was entitled to weigh each expert’s testimony (including the State’s essential finding of $0 for damages) and believe or disbelieve all or some of their testimony. As a result, the verdict was between the two valuations of the experts and the Court concluded there was substantial evidence to support the verdict.

The case, while unpublished, clarifies that where benefits exceed damages, a condemning agency’s expert can provide an unquantified valuation, such as this, which essentially provides a valuation of zero for the jury to use in making its determination. Further, this Court decided to follow the Marshall and Thrifty line of cases, which ruled that the jury, in evaluating expert witness testimony, may believe all, part, or none of a witness’s testimony. Finally, these findings do not run up against the Jarvis rule that the jury cannot render a verdict that is higher or lower than that shown by the testimony of the witnesses.