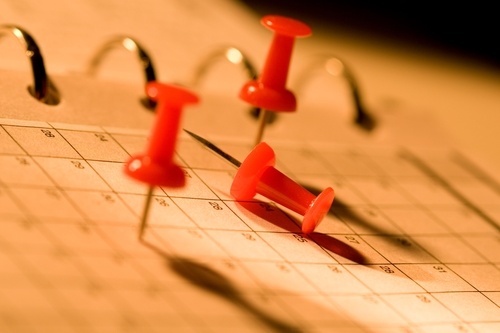 After adopting a resolution of necessity and initiating eminent domain proceedings to acquire private property, public agencies are usually in a rush to move forward with the proposed public project.  But every once in a while, those projects get delayed or postponed.  A recent court of appeal decision, Rutgard v. City of Los Angeles (2020) Cal.App. LEXIS 709, serves as an important reminder for public agencies that they must put the property to public use within 10 years or otherwise timely adopt a new resolution of necessity.  Absent doing so, the public agency has an obligation to offer the property back to the original property owner.

In Rutgard, the city filed an eminent domain lawsuit in 2007 to condemn a commercial property for a constituent service center.  The parties ultimately settled the action and the city agreed to pay $2.5 million for the property.  Due to the economic downturn in 2008, the city never developed the property.  In 2017, the city adopted a resolution reauthorizing the use of the property for a constituent service center.  Shortly thereafter, the former property owner filed a lawsuit claiming that the city had an obligation to offer the property back to him pursuant to Code of Civil Procedure section 1245.245, which requires property to be offered back to the original owner if it is not put to its public use -- or the taking is not reauthorized -- within 10 years.  Due to some unique procedural timing issues at the city, the reauthorization of the 2007 taking was not completed within the 10-year window (it was about a month late).  The trial court ruled in favor of the former owner, thereby requiring the city to offer the property back to the owner.

On appeal, the court explained that section 1245.245 was adopted to prevent public entities from using their eminent domain power to acquire a property and then hold or “bank” that property indefinitely without ever putting it to its intended public use.  Specifically, the statute provides:

Property acquired by a public entity . . . that is . . . not used for the public use stated in the [original] resolution of necessity within 10 years of the adoption of th[at] resolution . . . shall be sold . . . unless the governing body adopts a resolution . . . reauthorizing the existing stated public use of the property by a vote of at least two-thirds of all members of the governing body of the public entity or a greater vote as required by statute, charter, or ordinance….

With respect to the first argument, while the statute is technically silent on when the reauthorization resolution must take place, the Court of Appeal rejected such a reading and concluded it must be within 10 years.  The Court explained that the statute achieves the purpose of avoiding condemnation land-banking by giving public entities three options:

If the city’s reading were correct (i.e., that there was no deadline for adopting the reauthorization resolution), public agencies could put off that task forever and thereby indefinitely retain condemned property without ever putting it to a public use.

The Clock Starts Running When the Resolution is Adopted

With respect to the second argument, the Court explained that the statute requires a public agency to “adopt” a reauthorization resolution within 10 years of the “adoption” of the original resolution of necessity.  But when does “adoption” take place, particularly for local agencies that require (i) executive concurrence before a resolution becomes fully approved and (ii) a waiting period before the resolution is effective?  For example, the city requires a resolution to be adopted by the city council and then either approved by the mayor or if not approved, passed by a second, override vote of the city council; it further requires a 31-day publication period before the resolution is “effective.”

The Court held that if the local agency has a multi-step approval process, the date on which all those steps are taken is the resolution’s final adoption date (i.e., the local jurisdiction can define its own processes to determine when a resolution becomes adopted).  However, the date of “adoption” for purposes of section 1245.245 is different from when the resolution becomes “effective” (i.e., 31 days later), which has no impact on the adoption date when calculating the 10-year window.

Based on the foregoing, the city’s adoption of the reauthorization resolution was not timely, and therefore was not effective.  As a result, the city was required to offer the property back to the original owner.  The City’s offer price is to be at the present market value, as determined by independent licensed appraisers, unless it was a single-family residence, in which case the price may be significantly lower if a number of circumstances are satisfied.

The case serves as a good reminder for public agencies to ensure timely compliance with the 10-year reauthorization statue if their projects get shelved but they still intend to make use of the property in the future.