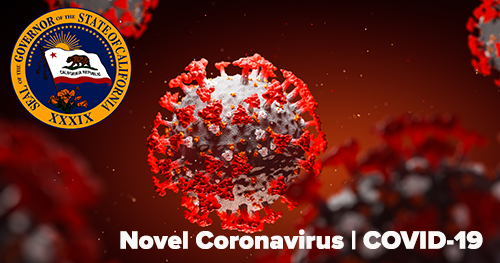 In response to the COVID-19 pandemic a number of local jurisdictions throughout the country adopted ordinances freezing rents and prohibiting or limiting evictions. Not surprisingly, some landlords were not particularly pleased with these enactments, as they saw their properties occupied without the associated rental stream and still all the related carrying costs. In response, lawsuits were filed in federal and state court alleging that these enactments violated the federal and state constitution, including the takings clause. However, so far these arguments don’t appear to be gaining much traction with the courts.

In late June, the United States District Court for the Southern District of New York found that Governor Cuomo’s Executive Order temporarily permitting tenants to apply their security deposit funds to rents due and temporarily prohibiting landlords from initiating eviction proceedings for tenants facing hardship due to the pandemic were not a violation of the U.S. Constitution’s Contracts Clause, Takings Clause, Due Process Clause, or Petition Clause. (Elmsford Apartment Associates, LLC v. Andrew Cuomo (S.D.N.Y. June 29, 2020) Case No. 20-cv-4062.) With respect to the takings claim, the court found that there was no physical occupation of the property by the government, and thus the Executive Order did not result in a physical taking of the property. The court also found that there was no categorical regulatory taking, since the landlords retained ownership of the properties and the tenants were not excused from rental payments, thus the properties were not rendered worthless or economically idle. Finally, the court rejected a Penn Central challenge, finding that the landlords were not deprived all reasonable economic use of their property, there was no significant interference with reasonable investment-backed expectations, and the character of the governmental action was not such as to transform the action into a taking.

The same day that the New York District Court issued its decision, a group in San Francisco filed a verified petition for writ of mandate and immediate stay in San Francisco County Superior Court challenging San Francisco’s ordinance permanently prohibiting evictions for non-payment of rents from March 16, 2020 through July 29, 2020 due to the pandemic. The petition alleged that the ordinance was preempted by the California Emergency Services Act (Gov’t Code, §§ 8550, et seq.) and California’s unlawful detainer statutes (Code Civ. Proc., §§ 1159, et seq.), resulted in a taking, and violated the Contracts Clause in the State and U.S. constitutions. With respect to the takings claim, the petition alleged that the ordinance devalued landlords’ properties by not permitting landlords to use the summary unlawful detainer procedures, and instead forcing them to "invoke the more arduous civil debt recovery process to attempt to remediate the nonpayment issue, even though landlords did not cause the problem to which tenants may now be exposed." The petition also alleged that the ordinance forces the landlords "to accept occupants on their property without compensation."

On August 3, the San Francisco County Superior Court issued an order rejecting the group’s challenge, finding that the ordinance was not preempted, did not result in a taking, and did not violate the Contracts Clause. With respect to the takings claim, the court found that "[t]he ordinance does not compel any uncompensated physical occupation of property or otherwise give rise to a facial taking [of] property . . . ."

Similar challenges asserted by the groups in New York and San Francisco are currently pending in the United States District Court of the Central District of California. Be sure to check back as we will continue to follow these cases through the trial court and likely appellate court proceedings.