At its meeting last week, the California Transportation Commission allocated $174.8 million to 85 projects around the state.  Some of the projects receiving allocations this month include:

You can find a full list of projects receiving funding here.  A large portion of the money came from Proposition 1B, which California voters approved in 2006.  As Caltrans reports, over $18 billion of Proposition 1B's $19.925 billion has been allocated to date.  In other words, Proposition 1B's coffers are nearly empty.  And it is not clear how they will be filled.

History of Proposition 1B

As John Frith posted in his article "Proposition 1B: A Major Success Story," Proposition 1B has been instrumental in paying for major transportation projects througout the state.  In Northern California, Prop 1B funds were used to add a fourth bore to the Caldecott Tunnel in Oakland and to build the Lincoln Bypass near Sacramento.  The biggest project in Southern California has been Caltrans' widening of I-5 in Los Angeles County -- a project that is still under construction today.  However, as Frith points out, Prop 1B is winding down leaving California with a "looming transportation fiscal cliff." 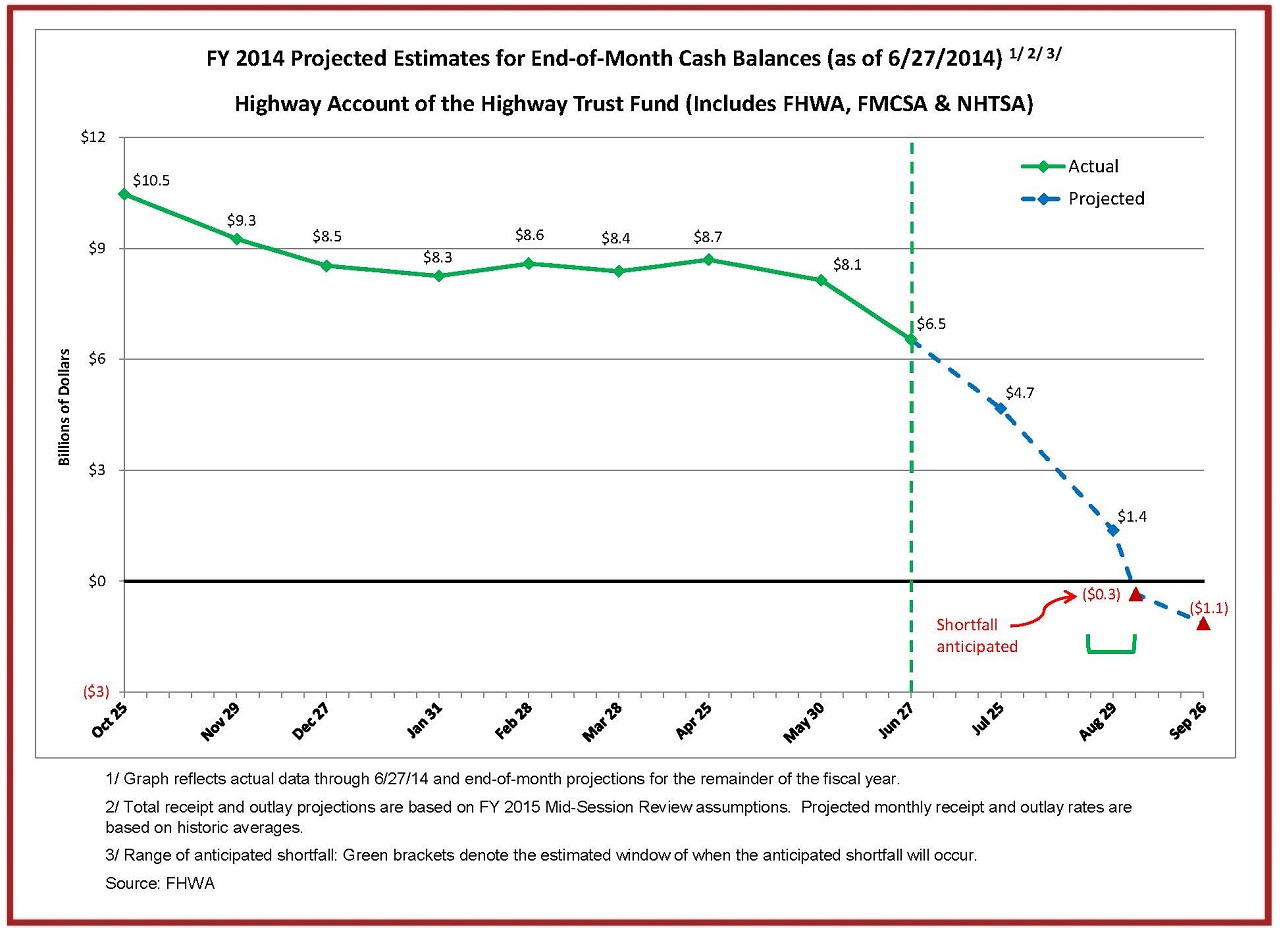 And it isn't clear whether either California or the Federal government will be able to bring us back from the edge of the cliff.  The Highway Trust Fund depends on gas tax revenue and suffers from several challenges including more efficient cars, no increase in the tax in two decades, and people simply driving less.  (See the interesting graphs in Philip Bump's post "Why the Highway Trust Fund is running out of money, in 5 graphs.").  While Congress extended MAP-21 through May 2015, this was little more than a band-aid solution.  Unless Congress acts this term, and soon, the Highway Trust Fund will be out of money. We will be keeping you posted on solutions to this problem.

Meanwhile, back in our state, Governor Brown's 2015 proposed budget includes dollars for infrastructure spending and a "Five Year Infrastructure Plan."  And aside from the $815 million in one-time money, the budget draws from at least three sources: the remaining Prop 1B funds; the state's Cap-and-Trade program, and early loan repayments from the General Fund.  It is not clear if there will really be enough money to meet the anticipated needs of California's growing population.  For an interesting discussion of this issue, see Justin Ewers' article "What will be in Governor Brown's five-year infrastructure plan?"   And we will also have to wait and see whether the state legislature will actually approve this  budget.  But it seems fair to say at this point that with the decline of Prop 1B, the CTC's future allocations will look very different.