Don’t Forget to Value Those Billboards in Condemnation!
By Bradford Kuhn on 10.28.2020
Posted in Appraisal, Goodwill, Projects, Right-of-Way, Valuation 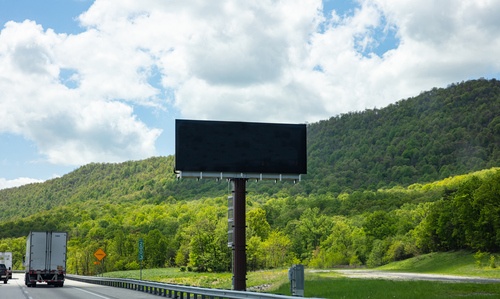 When a public agency seeks to acquire property by eminent domain, the agency’s appraiser sometimes forgets to account for unique value attributes of the property. For example, the valuation may fail to take into account income the property generates from a billboard or a cell tower. According to an article on KCRA News, 'I think they are a bunch of thieves': Auburn couple decries Caltrans' eminent domain move, this situation is currently playing out in Northern California.

Caltrans has begun eminent domain proceedings to acquire an 18,000-square-foot vacant property necessary for the Highway 49 - American Canyon Roundabout Project. Caltrans offered $20,000 for the property. But the owners say the property is worth at least $250,000 because, in addition to the land, the owners also generate $12,000 per year in rent from a billboard located on the site.

How does this billboard rental income translate into value? Usually, the billboard income is treated relatively similar to any other tenancy, using the income approach. For example, if the anticipated capitalization rate -- or rate of return someone would expect to receive for a similar investment -- was 5%, the $12,000 in net rental income would equate to $240,000 ($12,000 / 5%). This demonstrates relatively simply that the property sought to be acquired, when considering the billboard income and the land value, is in-line with the owner’s valuation and dramatically more than Caltrans’ appraisal.

So a property Caltrans sought to acquire for a small purchase price just ballooned to more than ten times the anticipated value by missing this critical income component. Moreover, if Caltrans’ project requires the removal of the billboard, Caltrans may also have to pay the billboard company for the value of the billboard improvement, relocation costs and possible loss of business goodwill. Depending on the income generated, appraisers may consider the goodwill value of a billboard, significant.

Aside from the property value (including the billboard income), the billboard value, the relocation costs and the loss of business goodwill, the public agency will also spend money on litigation in the eminent domain proceeding. If all these items were properly taken into account, perhaps Caltrans would have considered a different project alignment or could have taken steps to avoid the billboard impacts. This is where pre-condemnation planning becomes so important, as small design changes can result in millions of dollars of savings in right-of-way acquisition costs.