Efforts at Reviving Redevelopment Continue
By Bernadette Duran-Brown on 04.08.2020
Posted in New Legislation 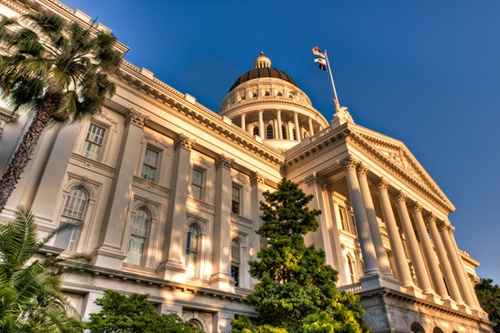 There is an ongoing global pandemic and the world is rightly focused on news related to COVID-19.  Given the circumstances, other news is slipping below the radar.  Something you may have missed is another effort to revive redevelopment in one form or another through Senate Bill 795.

SB 795 is focused on affordable housing and tries to give local municipalities some of the tools that were available through prior redevelopment agencies.  But when one mentions ‘redevelopment’ there seems to be an immediate negative reaction. Sure, there were redevelopment projects that were sketchy and seemed to wipe out small mom and pop shops and bring in the big retailers. But those few bad apples -- combined with a prior state budget crisis -- caused the whole of redevelopment to be spoiled, leaving cities without enough options or funding for building affordable housing.

In response to the lack of options, some local agencies and municipalities have launched programs to try to tackle the issue in their area.  For instance, the City of Los Angeles launched its Transit Oriented Communities Incentive Program to encourage construction in areas near public transit.  Other efforts to address the crisis have drawn criticism and skepticism from the legislature and the governor.  For instance, Senator Scott Wiener (D-San Fran.) has tried to pass legislation allowing increased density via SB 50, and twice his bill has been shelved.

Local efforts are great but the issue must be addressed on a larger scale - statewide solutions are needed. Enter Jim Beall (D-San Jose). Last year, Senator Beall co-sponsored SB 5, which would have created the Affordable Housing and Community Development Program, giving cities and counties more resources to address homelessness and the housing crisis in their areas.  Ultimately the bill was vetoed by Governor Newsom citing the "significant fiscal impact" of the bill. But how can we address the problem without spending money on it?

Senator Beall did not give up. Earlier this year, he re-introduced SB 5 via SB 795, similarly named the Affordable Housing and Community Development Investment Program, stating, "The solution to homelessness is a home."  Senator Beall notes that the bill does represent a departure from the one-time payments the governor includes in his annual budget and instead focuses on the need to establish an ongoing partnership between the state and local governments. Beall and his coauthors intend the bill to "thoughtfully tackle the housing crisis by responding to the needs of cities and counties."  You can find the fact sheet to the bill here. In addition to SB 795, there are many other bills currently up for consideration to address housing and density (see Curbed LA's summary here).

I think we can all agree that the California housing crisis is only getting worse and there doesn't seem to be a comprehensive or cohesive plan in mind for tackling the problem.  Requiring cities to build housing, or face penalties, without giving them the funds to meet the mandate causes housing projects to stall, perpetuating the crisis.

Let’s see if SB 795 can make it across the Governor’s desk this time around. Call it redevelopment or an investment program or a financing scheme – whatever the title, hopefully the state's housing problem has reached enough of a boiling point that our legislators are willing to stand up and fix it.