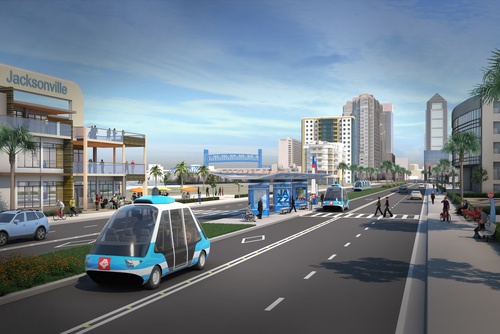 Developers often have to satisfy various conditions of approval in order to achieve the necessary approvals to move forward with a project.  Sometimes these conditions include requirements to acquire land for public improvements, such as a new sewer line or road, and those improvements are often located on property not owned by the developer.  When the developer is unable to acquire those rights through voluntary negotiations, the city imposing the conditions of approval is generally required to use eminent domain to acquire the rights for the developer.

Under Government Code section 66462.5, once a developer has made a reasonable effort to acquire the property voluntarily, the law provides that the governmental entity can either assist with acquiring the land for the off-site improvements or waive the condition of approval.

A recent example of this situation appears in an article in The Record Gazette titled Banning Steps in to help developer acquire right of way.  According to the article, the City of Banning has taken steps to help a developer acquire a permanent easement necessary for street improvements and utility installations.  The City noted that the developer provided evidence of a good faith effort to acquire the necessary property interests, but has been unable to do so.  As the City requires the installation of the improvements in order for the project to advance, the developer requested the City’s assistance in moving forward with the property acquisition.  At this point, it appears that the City has taken steps to assist the developer acquire the necessary property interests.

While this process essentially gives a developer the power of eminent domain, the justification is that the government cannot condition the approval of a project on a condition that is completely outside the developer’s control.