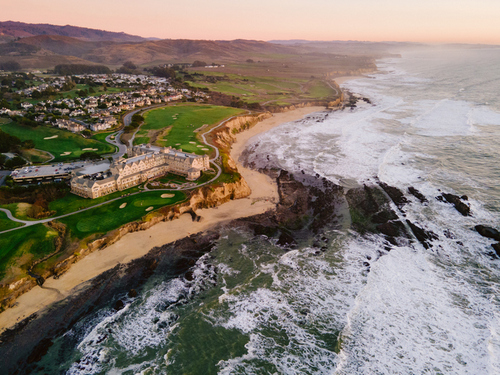 In Knick v. Township of Scott, 139 S.Ct. 2162 (2019), the Supreme Court reversed over three decades of precedent when it eliminated the requirement that a plaintiff exhaust state court remedies before pursuing a takings challenge in federal court.  After the Supreme Court’s decision, federal courts experienced a significant uptick in the number of federal takings lawsuits.  In Gearing v. City of Half Moon Bay, the City was able to convince the federal court to take a back seat and allow a later-filed state court eminent domain action to proceed while the federal takings lawsuit was put on pause.

In 2019, the California Legislature enacted Senate Bill 330 (SB 330), which is intended to expedite the development of housing by, among other things, limiting a public agency’s ability to deny certain housing development projects.  In October 2020, plaintiffs submitted an SB 330 application with the City of Half Moon Bay.  The City refused to process the application, asserting that the application did not comply with the requirements in the certified Land Use Plan.  Plaintiffs were told by the City Council that the decision was final and not appealable.

That same year, the City Council approved an update to the Land Use Plan that allowed for residential development but prioritized public acquisition.  In December 2020, the City sent plaintiffs a notice of decision to appraise as a preliminary step in the acquisition process.  In January 2021, the City made a formal offer to purchase plaintiffs’ property.  In March, plaintiffs filed an action in federal court alleging a regulatory taking of their property in violation of the Fifth and Fourteenth Amendments, a federal due process claim, and a federal equal protection claim.  The next day, the City adopted a resolution of necessity.  Approximately one week later, the City filed an eminent domain action in state court seeking to acquire plaintiffs’ property.

While the federal court granted the City’s motion to stay, it also expressly retained jurisdiction of the federal constitutional questions, including the federal due process and equal protection claims, which were not alleged in the state eminent domain action.

Abstention doctrines are generally permissive, in that they allow a federal court to abstain from resolving an issue but do not require the court to do so.  Thus, the ability for a defendant agency to prevail on a Pullman abstention motion will depend upon the particular judge and the particular facts.  In this case, for example, the judge might have been swayed by the fact that the City was clearly moving forward with acquisition efforts before the federal lawsuit was filed.  As such, the major takeaway from this case, is that even after Knick, federal courts retain their discretion to abstain from deciding federal takings claims when the circumstance justify invoking one of these abstention doctrines.