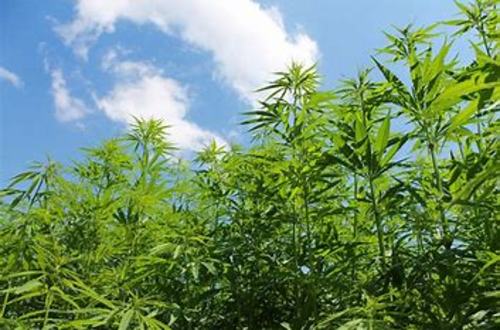 It is commonplace for a local government agency to require a property or business owner to secure a license or permit for a particular type of operation (such as a liquor license, medical marijuana license, etc.).  If the property owner expends substantial funds developing the business or property in reliance on that license or permit, and a government regulation thereafter prohibits that use, does it trigger a taking entitling the property or business owner to just compensation?  According to a recent California district court decision, the answer is no.  In Kent v. County of Yolo (Sept. 26, 2019) 2019 U.S. Dist. LEXIS 165934, the court held that a land use regulation terminating the ability of a property owner to cultivate cannabis did not result in a taking because the owner’s license did not constitute a compensable property interest.

Since 2011, a property located in El Macero had been used for the cultivation of medicinal cannabis.   The plaintiff purchased the property in 2015 at a premium due to its history of lawful cannabis cultivation, and the owner subsequently invested nearly $1 million to meet building code requirements.   Several years later, the County granted plaintiff a temporary license to lawfully cultivate cannabis on the property, which was a legal use under the County’s municipal code.   Plaintiff proceeded to cultivate, process, and harvest cannabis on the property, but then received a notification that his cannabis license was ineligible for renewal because his property was now within a “restricted location.”  Specifically, the County passed an amendment to the municipal code which changed the definition of “park” to include a wildlife area adjacent to the plaintiff’s property, and the code prohibited the cultivation of cannabis within 1,000 feet of a park.  Therefore, by changing the definition of “park”, the County essentially rendered plaintiff’s cannabis cultivation illegal.

The plaintiff unsuccessfully went through the County’s administrative appeal process and thereafter filed a lawsuit with causes of action including inverse condemnation, regulatory taking, and due process violations.  Specifically, the plaintiff claimed that the County’s amendment of its municipal code constituted either (i) a per se taking, because the amendment deprived plaintiff of all economically beneficial use of the property, or (ii) a regulatory taking, because the amendment interfered with plaintiff’s reasonable investment-backed expectations.  Alternatively, the plaintiff claimed that there was a taking of his cannabis cultivation license.  The County removed the lawsuit to federal court.

The court therefore held that because the plaintiff could not establish a constitutionally recognized property interest that was burdened by the municipal code amendment, the takings claims and due process claims failed as a matter of law.

The decision is a bit harsh and surprising given that the plaintiff’s claims were disposed of at the pleading stage.  One would have expected the court to at least hear about whether the property could be put to other uses, and whether the regulation substantially interfered with the property owner’s reasonable, investment-backed expectations.  But when it comes to licenses and permits, particularly those that are temporary and revocable, California law has been relatively clear that such licenses and permits are not property rights that are compensable from a takings perspective.

The case serves as an important precedent for local government agencies as they seek to regulate various uses and businesses within their jurisdiction.  For property and business owners, the case serves as a reminder about the non-compensability of temporary permits and licenses, and the need to obtain better assurances or vested rights before expending substantial sums of money in reliance on such permits or licenses.