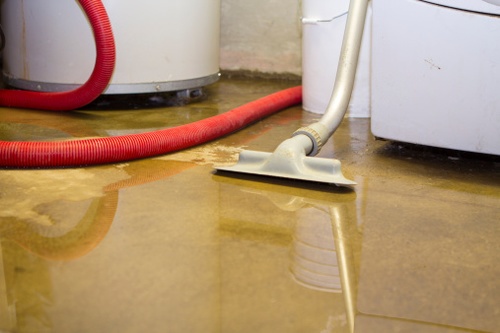 Inverse condemnation litigation and liability has become a particularly hot topic in California over the last several years.  Not many attorneys specialize in this area, and there are a number of traps for the unwary lawyers, public agencies, and property owners involved in such litigation.  A recent Court of Appeal decision provides some important lessons for all parties involved, including the risks of settling inverse condemnation claims with insurance companies, and pitfalls in recovering attorneys' fees and expert fees.

In Herrera v. City of San Jose (June 28, 2019 - Sixth Appellate Dist.), the city's main sewer line suffered a blockage, which resulted in flooding of a property owner's home.  The owner submitted an insurance claim and received reimbursement for a portion of the damages.  The insurer then filed a subrogation inverse condemnation claim against the City, seeking compensation for the amounts paid to the owner as a result of the city's failure to "inspect, maintain, and repair" the city sewer main.  The City and insurer settled the property damages claims without the owner's involvement.

The owner then filed her own lawsuit against the city for damages not covered by her insurance policy.  The owner's lawsuit alleged negligence, dangerous condition of public property, and inverse condemnation.  At trial, the jury found for the owner, awarding hundreds of thousands of dollars.  The city filed a motion to offset the award by the prior settlement paid to the insurer, which the court granted.  The owner then filed a motion to recover attorneys' fees and expert witness fees, along with costs and interest, which totaled over $500,000.   The court awarded the owner fees and costs, but only for the time spent on the inverse condemnation claim, and only based on a percentage of the recovery since the owner's attorney was pursuing the claim under a contingency fee arrangement.  Both parties filed an appeal.

The city asserted that the owner was not entitled to any real property damages because such claims had already been resolved with the owner's insurer.   The Court rejected this theory, concluding that the owner's interests were not adequately represented in the negotiations between the city and the insurer, and it would not be fair to bind the owner to the settlement to which she was not a party.  The Court explained that it is unreasonable to expect a settlement to bind a party who was not involved in the settlement and who was not given an opportunity to participate.

The owner claimed it was improper to offset the jury's award by the amount previously paid to the owner's insurer.  The Court denied the owner's claim, explaining that a defendant may not be subjected to double liability.

The owner also challenged the reduced recovery of expert witness fees, but the Court concluded that the owner's request was not supported to demonstrate that the expert fees were actually incurred and were related to the inverse condemnation cause of action.

The case provides some important take-aways for both property owners and public agencies when involved in inverse condemnation litigation.  For public agencies, it is important to ensure that any settlement reached with an owner's insurer settles and releases all claims of both the insurance company and the property owner.  For property owners, if the case involves a multitude of causes of action, it is important to separate out and identify the fees and costs attributable to the inverse condemnation cause of action, under which fees and costs are recoverable as opposed to general tort causes of action.  It is also important to craft retainer agreements to ensure that any attorneys' fee recovery is calculated based on time actually spent as opposed to a contingency percentage of the ultimate recovery.