Mojave Air & Space Port to Use Eminent Domain if Negotiations Fail to Lift Off
By Bradford Kuhn on 01.14.2020
Posted in Lawsuit, Projects 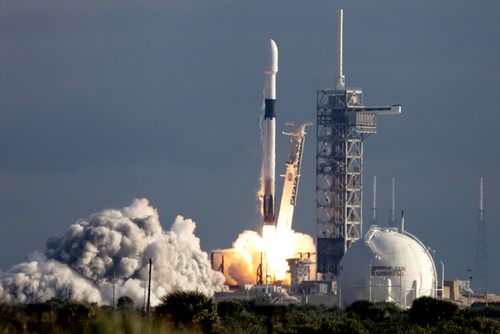 Eminent domain is typically used for roads, utilities, schools, and even airports, but in California, it is quite unusual (perhaps even unheard of) to use eminent domain for space travel.

But according to an article in the Antelope Valley Press, Eminent domain possible if airport land buy fails, that is exactly what's about to happen.  According to the article, the Mojave Air and Space Port Board of Directors agreed to move ahead with eminent domain for acquiring several vacant parcels of land if negotiations fail.  The properties are apparently necessary to expand the safety zone around the rocket testing sites to meet Federal Aviation Administration (FAA) regulations.

In order to expand the safety zone, there are four private properties that need to be acquired.  The Board unanimously passed a resolution of necessity to purchase the land for the publicly owned airport, but the condemnation proceedings for eminent domain will not begin unless negotiations with the owners fail.  The airport has reached an agreement with the owners of two impacted properties and is in in the process of finalizing those sales, but negotiations with the other two owners have been unsuccessful.

The Board determined that an environmental report is not required, as there will be no physical changes to the vacant land, and the project is categorically exempt from state environmental laws.