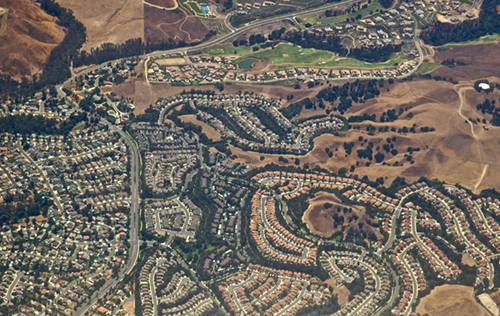 A new decision out of the Northern District of California applying the “final action” standards of Pakdel v. City and County of San Francisco has come out – with the District Court concluding that even under Pakdel’s “relatively modest” standard, a landowner seeking to develop their property must still actually receive a final decision on the merits of their proposal before filing a takings claim in federal court. The new case is DiVittorio v. County of Santa Clara, and the opinion by the Hon. Beth Labson Freeman helps further clarify the steps a landowner must satisfy before availing themselves of the federal court system.

The takeaway? There is no takings claim under 42 U.S.C. § 1983 where a landowner is in the middle of the application process for some land-use decision. Even where the landowner is frustrated that the government continues to deem its application incomplete, so long as “avenues still remain for the government” to make a final decision favorable to the landowner – there is no ripened takings claim, and no federal jurisdiction. A little background is helpful to illustrate why this decision is quite good guidance for landowners and governments alike.

In aeons past (i.e. before 2019), a landowner could almost never file a § 1983 (violation of civil rights) claim in federal court alleging that a local government had taken property without the payment of just compensation in violation of the 5th Amendment. This is because the United States Supreme Court had a pair of cases effectively barring the doors of the federal courthouse. The more important of these was Williamson County Regional Planning Commission v. Hamilton Bank of Johnson City, in which the Supreme Court stated that a landowner’s property had not been taken without just compensation by a state actor (such as a city or county) until (1) the state actor had taken some “final action”, and (2) the courts of that state declined to award just compensation. That is, to file a 42 U.S.C. § 1983 action in federal court, a landowner must first have faced undesirable action from the government and then have fully litigated a takings claim and lost in state court. In a second case, called San Remo Hotel v. San Francisco, the Supreme Court held that a final judgment by a state court on whether a there had been a taking was preclusive in any subsequent federal litigation. Thus, under Williamson County you could not go to federal court without going to state court first, but under San Remo once you went to state court you could not go to federal court. In its 2019 opinion in Knick v. Township of Scott, the United States Supreme Court overruled the state litigation prong of Williamson County, but left in place the final action requirement – which had not been challenged.

In 2021, the Supreme Court re-affirmed Williamson County’s final action requirement in Pakdel v. San Francisco, but explained that the finality requirement is “relatively modest” and is a functional test not a formulaic one. All a § 1983 plaintiff must show is that there is “no question” as to how the government’s regulation applies to the plaintiff’s property. In Pakdel, the Supreme Court concluded that the City of San Francisco had committed to a policy that Pakdel must either grant a lifetime lease to existing tenants or face an enforcement action. This commitment to applying a substantive policy to Pakdel’s property meant that the government had taken de facto final action. Thus, Pakdel did not need to exhaust a post-action administrative review process to achieve the level of finality necessary to file a 42 U.S.C. § 1983 action. In short, once the government has actually decided what it will do to property (or what it will require property owners to do with their own property), the matter is ripe for federal court review.

Separately, the Court addressed the $35,000 in application and processing fees. The DiVittorios alleged that it was a taking for the County to charge $35,000 in fees when the County did not fully process their application. The Court stated that such general fees are probably not something that a takings claim can be based on, but that even if they could be the claim would still not be ripe. Even accepting the DiVittorios’ essential claim that they paid fees while the County refused to give them anything in return, since the application remained pending there was no ripe taking claim for the fees either and that aspect of the § 1983 claim was dismissed as well.

Having disposed of the 42 U.S.C. § 1983 claim, the Court then determined that the companion state law claims should be dismissed as well. Federal courts have the ability to hear state law claims under the supplemental jurisdiction statute, but that statute requires some “hook of original jurisdiction” to support supplemental jurisdiction over the state law claims. With all claims dismissed, the Court finally concluded that the DiVitorrios could not plausibly amend their complaint – because they could not overcome the fatal defect that the County had not issued a final decision on the merits of their application to build an RV park, and so the dismissal was without leave to amend.