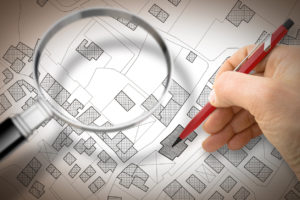 When a local government agency impermissibly spot zones a property, thereby depriving it of all economically beneficial uses, can the property owner seek to invalidate that zoning decision, or is the owner left with a claim for damages under the theory of a regulatory taking? In a recent published California district court decision, Memorial Health Services v. City of San Clemente (February 6, 2019), the Court held that judicial intervention is limited to damages, not overturning the zoning decision.

Saddleback Memorial Medical Center operated a hospital with a functioning emergency room on a 6+ acre property zoned as a Regional Commercial zone, which allowed the owner to operate a hospital on the property, but did not require that a hospital be maintained on the Property, instead allowing for a range of other related uses, like a medical office or laboratory.

As part of a general plan update, the City of San Clemente changed the zoning of the property from Regional Commercial to Community Commercial, which allowed for the widest range of commercial retail and medical uses. While the implementation of the general plan update was ongoing, the hospital continued to suffer economically as a result of dramatic changes in the healthcare industry, which led to a sharp decline in the daily number of inpatients. By 2016, the hospital suffered a loss of in excess of $3,300,000.00. As a result, the owner advised the City of its plan to close the hospital and construct in its place an outpatient and advanced urgent care complex.

The City opposed the closure after determining that it would have a significant adverse effect on the health, safety, and welfare of the community. In an effort to prevent the hospital closure, the City adopted a zoning amendment that precluded any use of the property other than a fully-licensed hospital and emergency room. The new zoning effectively gave the owner one of two choices: (i) to continue to operate the hospital at a significant economic loss, or (ii) to make no use of the property at all.

After the passage of the zoning amendment, the owner closed the hospital and sought the issuance of a writ of mandate invalidating the zoning change on the basis that it deprived the owners all feasible use of the property because maintaining a hospital was infeasible due to economic realities and safety concerns. The owner argued that it had a right to seek judicial invalidation of zoning which is arbitrary and unreasonable, which bears no reasonable relationship to the regional welfare, or which deprives them of substantially all use of their land. The parties stipulated that the City’s actions constituted a form of spot zoning, but the City claimed the spot zoning was not illegal because it served a public interest. To determine whether impressible spot zoning has occurred, a court conducts a two-part analysis. First, a court decides whether the challenged action constitutes spot zoning, and if the court finds that spot zoning has occurred, the court must determine whether the record shows the spot zoning is in the public interest.

The court agreed with the City, concluding that the City’s actions constituted a permissible form of spot zoning. Moreover, the court held that even if the zoning deprived the owner of all economically viable uses of the property, the owner’s remedy was not to seek a judicial declaration that the zoning was illegal, but instead to seek damages in the form of a regulatory taking. In other words, even if the zoning effected a taking, the remedy is the payment of compensation, not overturning the zoning ordinance

The Court explained that the Fifth Amendment does not bar the taking of property for a public purpose as long as the government fairly compensates the property owner for the taking. Thus, as long as zoning ordinance was not impermissible, it could stand even if it effected a taking, as long as the City fairly compensated the owner. The Court accordingly refused to issue a writ of mandate to rescind the zoning changes purely on a takings basis.

The case serves as an important reminder and lesson for property owners and public agencies. First, challenging a zoning decision as an impermissible form of spot zoning is a difficult, up-hill battle. Second, if a government agency’s zoning actions are permissible, but result in a regulatory taking, the property owner cannot overturn the zoning decision, but it may still seek just compensation as a result.