Right of Entry Statutes Are Back in Business – For Now
By Bradford Kuhn on 11.21.2015
Posted in Court Decisions 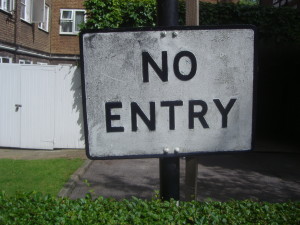 For decades, California public agencies have utilized a statutory "right of entry" procedure to gain access to private property to conduct investigations and testing before deciding whether to move forward with acquiring the property. (See Code of Civil Procedure section 1245.010 et seq.) That process was thrown into flux in 2014 with the Court of Appeal’s decision in Property Reserve v. Superior Court, which struck down an agency’s efforts to conduct precondemnation investigation and testing, concluding that any significant physical intrusion onto private property constituted a taking for which just compensation must be paid – thereby requiring a formal eminent domain proceeding. But when the California Supreme Court decided to take up Property Reserve, agencies were left scratching their heads, wondering what to do until that decision comes out (likely sometime in 2016). Based on a Court of Appeal decision published this week, Young’s Market Co. v. San Diego Unified School District (Nov. 19, 2015), agencies have at least one answer.

Young’s Market Co. held that Phase II investigations on private property – including soil borings, lead and asbestos testing, among other activities – for a duration of 10 days does not constitute a temporary physical taking of property, and therefore an eminent domain proceeding is unnecessary and these activities may be performed pursuant to the right of entry statutes.

Young’s Market Company owns a two-acre parcel in downtown San Diego adjacent to an elementary school. The property was improved with an indoor go-kart racing center. As part of its investigation to potentially acquire the property, the school district filed a petition for entry to conduct environmental studies, including drilling over 30 boring holes for groundwater and soil sampling and bulk sampling of building materials suspected to contain lead or asbestos. The testing was expected to take 10 business days to complete, and upon completion, the borings would be backfilled with sand and grout and resurfaced with concrete.

The property owner opposed the petition, arguing (i) the right of entry statutes only permitted innocuous or superficial entries on property, and (ii) the school district’s proposal was an unconstitutional taking. The owner argued that the removal of dirt and building materials effected a permanent physical occupation, thereby requiring the district to file a condemnation action and pay just compensation as determined by a jury. The owner alternatively asked for the court to stay the decision until Property Reserve is decided by the California Supreme Court, or require the district to deposit $500,000 toward compensation for lost rent, goodwill, and property.

The trial court granted the school district’s petition for entry, allowing for the testing to move forward upon the district’s depositing $5,000 as the probable amount of compensation.

The Court of Appeal

On a petition for writ of mandate to the Court of Appeal, the Court started by walking through the law on permanent physical takings, temporary physical takings, and regulatory takings -- mirroring the discussion in Property Reserve. The Court next discussed the right of entry statutes, which allow for entry onto property for various testing and studies upon a deposit of probable compensation; if damage or interference occurs in an amount above the deposit, the court can enter judgment for any unpaid portion or the owner may recover for such damage through a civil action.

After considering the scope of the proposed testing, the Court concluded that the school district’s activities did not qualify as a taking of property that would require a full eminent domain jury trial to determine just compensation. The Court found no permanent, physical taking, as the testing was limited to ten days and involved the removal of minimal amounts of building surfaces (less than the size of a postage stamp), and the re-filling of two-inch to six-inch diameter borings with sand or grout. The Court likewise found no temporary physical taking, as the duration was short and the intrusion was minimal – with no evidence of substantial disruption to the property’s use or operation.

As we’ve indicated in our prior analysis of Property Reserve, these right of entry cases are likely going to be decided on the duration of testing and inspection. According to the Court in Young’s Market Co., 10 days is acceptable. But where does that leave us now?

Public agencies can take a bit more comfort in moving forward with petitions for right of entry. Being able to rely on the Young’s Market Co. decision provides strong support that the statutes are still constitutional and available for pre-acquisition testing and inspections. So if your public agency has had a project on hold pending moving forward with environmental testing, or has had difficulty securing access to private property, you now have the authority you need to proceed to court to secure access, or at a minimum a much stronger negotiating position with private property owners.

But don’t take too much comfort. We’re still awaiting a decision by the California Supreme Court in Property Reserve. That decision could fully support and align with the conclusions in Young’s Market Co., it could go in an opposite direction that would require a different, more substantial eminent domain process with necessary protections for property owners before gaining access for testing and inspections, or it could identify some other standard entirely. We should get that guidance in 2016. But even before then, don’t be surprised if the property owner in Young’s Market Co. petitions the Supreme Court for review, at a minimum asking for the Court to stay this decision until Property Reserve is decided.

While this decision is surely welcome news for public agencies, and perhaps it suggests the direction the California Supreme Court may go with Property Reserve, everyone in the right-of-way industry should remain cautious, as the decision could be short lived.