SB1: California Transportation Funding the Talk of the Capitol This Week
By Bradford Kuhn on 04.05.2017
Posted in New Legislation 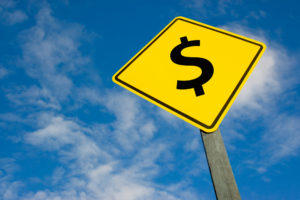 Most Californians agree that our State's transportation system is in dire need of additional funding for additional improvements and repair.  The problem has always been where to secure the necessary funding.  In short, it has become more difficult to rely on the federal government, local and regional transportation agencies have become less reliant on the State, the gas tax has not been raised in years, and vehicles have become more fuel efficient, resulting in more miles traveled by more cars without the incremental increase in funding.  This week is a major turning point to potentially provide a solution, as the California legislature is set to vote on SB 1, a proposal to raise approximately $52 billion in funding over the next 10 years specifically for transportation.

Having spent the last two days at the Capitol, I can attest that this bill is a major talking point of Governor Jerry Brown and the Legislature:

The roads are broken and they are getting worse and they are not going to get better unless we get a significant injection of money,

Brown told the panel in rare testimony to a legislative committee.  While recognizing the need for transportation funding, there are always concerns with raising taxes.  Here, much of the proposed funding would come through raising gas taxes and vehicle license fees.  Governor Brown acknowledged that the tax increases are difficult:

I know there is a political concern because people don’t like gas taxes, but what do you do,

he said.  As reported in the LA Times, some feel the funds should come from a different source, such as the oil companies.  Others believe that it's time for a gas tax increase -- especially since it hasn't happened in 23 years.

If approved, the measure would raise the base excise tax on gasoline by 12 cents per gallon, raise diesel taxes, and create a new annual vehicle fee that would average $51 based on the value of the car or truck.  Current estimates suggest the proposal will cost the average motorist $10 per month.

Thursday will be a major turning point to see whether Governor Brown can gather the necessary votes.  If he does not, it may be years before we see another effort to raise funding for transportation.  If the bill passes, then the debate will involve where to spend the funds -- repairs or improvements, and on roads, highways, toll/HOV lanes, public transit, bike/pedestrian corridors, mitigation, or something else.  Stay tuned California....