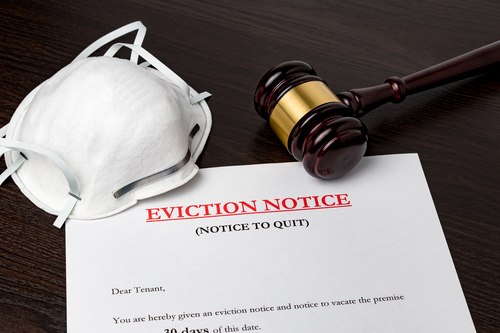 The U.S. Supreme Court ruled last week that the Centers for Disease Control and Prevention (CDC) exceeded its authority when it imposed a national eviction moratorium. More precisely, in Alabama Association of Realtors v. Department of Health and Human Services, the Court agreed with a district court determination that the CDC acted unlawfully in banning evictions of residential tenants who declare financial need in counties with high COVID-19 rates. In its decision, the Supreme Court concluded, “If a federally imposed eviction moratorium is to continue, Congress must specifically authorize it.” While the decision is based on the CDC’s authority, it is filled with unconstitutional takings undertones.

Even if Congress were to authorize a further eviction moratorium, the Supreme Court could still find it unconstitutional. In the Alabama Association of Realtors decision, the Court considered the moratorium inequitable because “preventing [landlords] from evicting tenants who breach their leases intrudes on one of the most fundamental elements of property ownership—the right to exclude.” To support this statement, the Court cited its famous 1982 holding in Loretto that requiring landlords to allow installation of cable television equipment on their property was an unconstitutional taking. The Court also emphasized the importance of the right to exclude in its June 2021 Cedar Point Nursery takings decision, in which it struck down a California regulation allowing labor organizations to access agricultural employers’ property for up to three hours per day, 120 days per year. In sum, the Court has ruled that violations of the “fundamental right to exclude” are unconstitutional takings, and in its recent ruling, the Court stated that the right to exclude tenants who breach their leases is also fundamental. Although this ruling is based mainly on the CDC’s lack of authority to impose an eviction moratorium, the Court left the door wide open for property owner claims that eviction bans unconstitutionally violate their fundamental right to evict or exclude non-paying tenants.

It is unclear whether the Supreme Court will decide another eviction moratorium case. Property owners and property management companies have sued the State of California, local cities, and other public entities to overturn eviction bans, citing the Takings Clause among other arguments. However, the moratoriums in California and many other states and cities are set to expire this month. Thus, they may end before the lawsuits filed against them ever reach the Supreme Court. On the other hand, the State of New York just extended its eviction moratorium until January 2022. We will wait and see—and report here—if the Supreme Court rules on whether eviction bans violate the Takings Clause.