SCOTUS Will Rule on a New Takings Case
By Debra Garfinkle on 11.23.2020
Posted in Right to Take 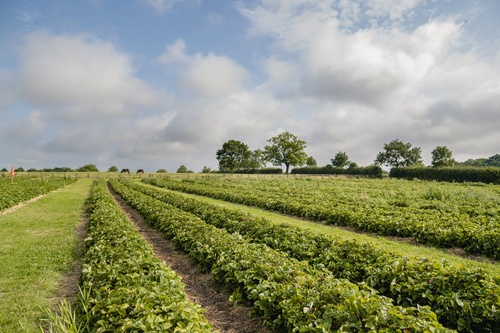 The U.S. Supreme Court recently agreed to decide whether a California regulation allowing union organizers to access employers’ property is an unconstitutional taking under the Fifth Amendment.

In the lower court’s decision, Cedar Point Nursery v. Sheroma, a two-judge majority of the Ninth Circuit Court of Appeals rejected a claim by a group of employers that the regulation created uncompensated easements on their property. The California Agricultural Labor Relations Board regulation permits union organizers to use an employer’s property for up to three hours per day, 120 days per year, if they notify the employer in advance. The court reasoned that the regulation limits organizers’ access to the property and that violating the “right to exclude” is not a permanent physical invasion required for a per se taking. The dissenting judge stated that allowing ongoing access to private property multiple times a day for 120 days per year is a physical occupation and that the right to exclude is one of the most fundamental property rights. He also noted that union organizers could meet with employees outside of the employers’ premises and communicate with them through other means.

Given the current business-friendly makeup of the Supreme Court, we would not be surprised if it were to rule that the California regulation is an unconstitutional taking. In any event, the Supreme Court’s analysis about what constitutes a per se regulatory taking may answer more general questions, such as how much access to property constitutes a taking and how important is the right to exclude. This analysis likely will apply to laws and regulations beyond those governing union organizers’ use of employers’ property, such as laws barring property owners from evicting tenants.