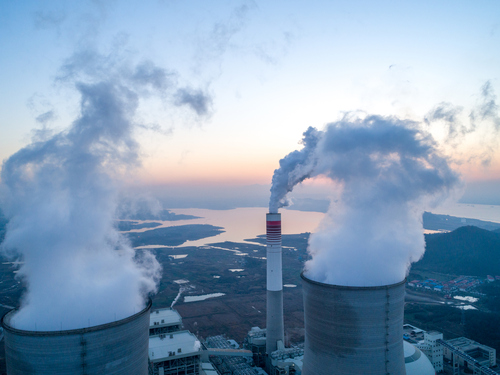 When a property owner suffers damage as a result of the actions of a public agency or public improvement, the owner typically pursues typical tort causes of action against the agency, along with a claim for inverse condemnation. While liability for the tort claims is decided by a jury, liability for inverse condemnation is determined by a judge. So what happens when both claims are pursued simultaneously -- should the judge rely on the jury’s determination of causation, or should the judge make his or her own findings?

Recently in Amedee Geothermal Venture I v. Lassen Municipal Utility District, the Third Appellate District Court issued an unpublished opinion outlining the responsibility of a trial court in reviewing evidence for cases involving concurrent inverse condemnation and tort claims for the same underlying conduct. The opinion explains that the trial court has a duty to make its own independent factual findings on the causation element of an inverse condemnation claim and may not rely upon a jury verdict for other tort claims.

Plaintiff Amedee Geothermal Venture I (“Amedee”) was a geothermal power plant located in Lassen County which utilized energy from local hot springs to generate electricity for sale to the Pacific Gas & Electric (PG&E) company. While it generated electricity while operational, the Amedee plant required electricity supplied by the Lassen Municipal Utility District (“LMUD”) in order to begin operations each time. In 2009, LMUD replaced the prior 34.5 kilovolt power line to the Amedee plant with a 12.47 kilovolt capacity line. Later, there was a catastrophic failure of one of the plant’s generators, which Amedee alleged was caused by LMUD’s power line replacement activities.

Amedee brought an unsuccessful action against LMUD in federal court before filing this case in San Francisco Superior Court. The case was subsequently transferred to Lassen County and the claims for negligence causing a dangerous condition and breach of contract were tried to a jury. The jury first returned a defense verdict in favor of LMUD on the tort claims. Subsequently, the trial court held a bench trial on Amedee’s inverse condemnation claim in which it also found in favor of LMUD.

The trial court highlighted the fact that there were several chronic problems with the Amedee plant both before and after LMUD’s power line replacement. For the inverse condemnation claims, the trial court noted the defense verdict on the tort claims, but explained that “[a]s to the question of whether or not the court is bound by the jury’s findings that [LMUD’s] line change did not negligently create a dangerous condition, suffice it to say that the court intends to render its independent opinion on the matter giving due regard to the jury’s findings as best they can be determined.” Reviewing the evidence, the trial court ultimately found that Amedee was “unable to prove that LMUD substantially caused the synchronous generator accident by a preponderance of the evidence.” Therefore, it denied Amedee’s inverse condemnation claim.

This appellate opinion is a good reminder that the trial court must conduct an independent analysis of the facts for inverse condemnation claims -- even where there may be a separate jury trial on the concurrent tort claims. Inverse condemnation is a unique and complex area of the law and property owners and public agencies involved with such claims should ensure they are represented by experienced inverse condemnation counsel.