Utilities Have the Right to Remove Trees Within an Easement
By Bradford Kuhn on 04.29.2019
Posted in Court Decisions 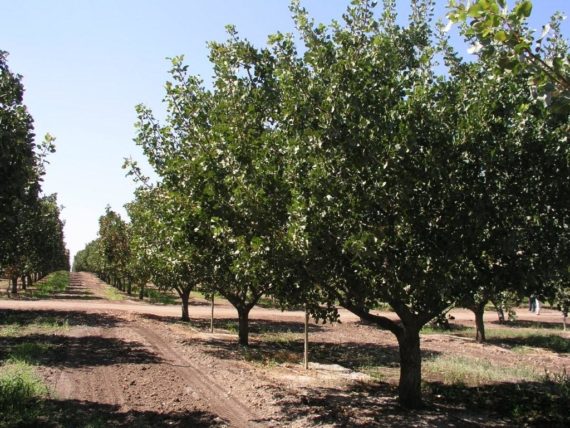 Many public agencies and utilities have easements for water or gas pipelines or electric transmission lines.  Those easements typically contain express rights to construct, operate, and maintain the facilities, including rights of access; but oftentimes the easements are silent on what rights are reserved to the private property owner, including whether the owner can place trees or other improvements within the easement area.  As utilities and public agencies are undertaking more thorough efforts to protect and maintain their rights-of-way, they are commonly seeking to remove such trees and improvements.  Absent express language in the easement, are such trees or improvements permitted, or can the agency/utility remove them?  A recent Court of Appeal decision, Inzana v. Turlock Irrigation District, provides guidance and indicates the easement holder has the right to remove such trees or improvements upon a showing of reasonable interference.

In Inzana, the Turlock Irrigation District acquired an irrigation easement which granted "a right to construct, maintain, operate, and replace a pipeline and related structures," including "the right to ingress and egress . . . for the purpose of operation, maintaining, repairing, and keeping the pipeline and related structures in operating condition."  The property owner subsequently planted pistachio trees within the easement area.

Years later, relying on its own newly enacted internal rules prohibiting the placement of trees or other improvements within its easements, the District demanded that the property owner remove the pistachio trees, as growing tree roots could eventually impact the pipeline's integrity, causing it to crack and leading to flooding.  The District stated that if the owner refused to comply, the District would remove the trees, and the District also threatened to terminate water delivery to the owner's property.  The owner filed a lawsuit challenging the District's removal demand, claiming (i) the easement does not give the District the right to remove the trees, (ii) the District's internal rules were not part of the easement and therefore could not be relied upon, and (iii) if the District removed the trees it would be liable for inverse condemnation for taking private property without paying just compensation.  The owner also sought to prevent the District from terminating water service to the property.

The Court of Appeal agreed.  The Court provided a general background on easement rights, explaining:

The rights and duties between the owner of an easement and the owner of the servient tenement . . . are correlative.  Each is required to respect the rights of the other.  Neither party can conduct activities or place obstructions on the property that unreasonably interfere with the other party's use of the property.  In this respect, there are no absolute rules of conduct.  The responsibility of each party to the other and the "reasonableness" of use of the property depends on the nature of the easement, its method of creation, and the facts and circumstances surrounding the transaction."

[a property owner is] entitled to make all uses of the land that are not prohibited by the servitude and that do not interfere unreasonably with the uses authorized by the easement. . . .   Actions that make it more difficult to use an easement, that interfere with the ability to maintain and repair improvements built for its enjoyment, or that increase the risks attendant on exercise of rights created by the easement are prohibited . . . .  In determining whether the holder of the servient estate has unreasonably interfered with exercise of an easement, the interests of the parties must be balanced to strike a reasonable accommodation that maximizes overall utility to the extent consistent with effectuating the purpose of the easement . . . .

Applied to this situation, the Court explained that the evidence showed that the trees interfered with the District's ability to maintain and repair the pipeline, and could eventually cause a maintenance issue or damage the pipeline.   As a result, the District could require the removal of the trees pursuant to its easement rights, and it would not be liable for a taking.

With respect to the District's termination of water delivery to the property, the Court explained that irrigation districts are statutorily granted the power to create equitable rules for the distribution and use of water, and a district's ability to enforce rules by terminating water delivery is a tool in providing for the orderly distribution of irrigation water.  The court therefore held that there is nothing inequitable in refusing to deliver water to landowners who refuse to comply with the district's rules.

The Inzana decision is an important reminder for public agencies and utilities that their typical pipeline or transmission line easements include the right to prevent the placement of trees (or other improvements) within their easements to the extent such improvements interfere with the ability to access, maintain, operate, or repair the facilities; express easement language on this topic is not necessarily required.  The decision is also important for property owners, as they need to understand that in granting easement rights on their property, there is a likelihood that their remaining use of the easement area can be significantly limited, even if not expressly called out in the easement document.

(NOTE:  this post has been updated to reflect that the decision has been changed from unpublished to published.)