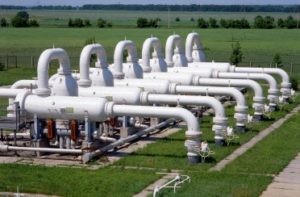 In California eminent domain proceedings, a property owner is entitled to the "fair market value" of the property being acquired.  Typically, fair market value is determined by analyzing comparable sales or by utilizing an income capitalization approach.  But every once in a while, there is no relevant market data, in which case the law permits determining compensation "by any method of valuation that is just and equitable."  (Code Civ. Proc., sec. 1263.320.)  A recent court of appeal decision, Central Valley Gas Storage v. Southam, explains when this "just and equitable" valuation approach may be used, and what limits an expert appraiser may face when using such a methodology.

Central Valley filed a motion to exclude any valuation testimony based on the volume of gas in the storage reservoir, claiming that such an approach was improper given the uncertainty and speculative nature of what is lying underneath the ground.  The trial court agreed, and excluded any such valuation testimony.

On appeal, Southam claimed that its approach was proper and Central Valley's approach was inappropriate.  Southam pointed out that thirty years ago, in Pacific Gas & Electric Co. v. Zuckerman (1987) 189 Cal.App.3d 1113, the court excluded the exact surface-acre approach Central Valley now used, concluding there were no true "comparables" in dealing with underground storage reservoirs because there were relatively few such properties in the state, and they were substantially different in geographical locations, temporal transactions, and physical characteristics.  As a result, in Zuckerman, the court stated that "latitude must be accorded an expert in valuing such properties, and any approach that is 'just and equitable' may be considered."

Here, however, the circumstances had changed:  a market for natural gas storage leases had developed in California since the decision in Zuckerman was issued, and all of these leases were based on the number of surface acres the landowners hold.  Given the existence of the new market for comparable data, the court found Zuckerman inapplicable.  The court further held that it is inappropriate to admit evidence of a valuation methodology that ignores the developed market for a particular type of property, and an expert's opinion must take into account only reasonable and credible factors.  Because Southam could not produce a single instance of a natural gas storage lease that based its value on underground volume, it was appropriate to exclude such an approach.

The Southam case serves as a good reminder:  the "just and equitable" valuation methodology cannot ignore evidence of how particular properties are bought and sold, and it likewise must be reasonable, credible, and non-speculative.  It also allows for the valuation of underground rights based on surface-acres given the existence of market data supporting such an approach.