What Happens When Railroad Right-of-Way is Abandoned and Turned into a Public Trail System?
By Bradford Kuhn on 06.08.2021
Posted in Right-of-Way 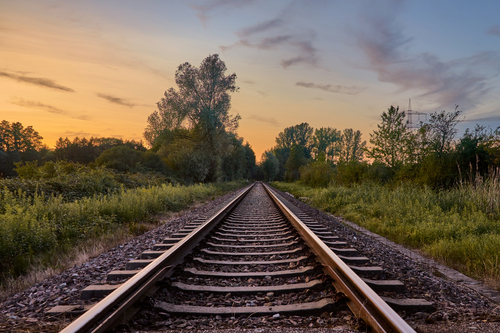 Throughout the United States, old railroad corridors are being abandoned and converted into other uses, such as hiking, biking or other trail purposes. This converted use makes sense, as it is difficult to otherwise compile a long stretch of right-of-way that would be needed to create such trails. But are adjacent property owners entitled to some sort of just compensation when this conversion takes place?  The answer is maybe.

Before a railroad operator can abandon its right-of-way, it must first secure approvals by the Surface Transportation Board. When that abandonment process takes place, public agencies can agree to “railbank” the corridor--essentially convert it to a trail until the railroad might need the corridor again for rail service. If there is no interim trail use conversion, then the abandonment will proceed, and in such cases, once the abandonment is finalized, adjacent property owners may be entitled to a return of their property (i.e., to the middle of the rail corridor) if the railroad held an easement. Similarly, if the trail conversion proceeds, adjacent property owners may be entitled to just compensation for the area that would have otherwise been returned to them in the event of an abandonment. The concept is that by converting an abandoned railroad into a trail use, the government is depriving the adjacent owner of property that would have otherwise been returned to the owner.

One of the leading cases discussing this concept of a “taking” in the context of converting an abandoned rail corridor to a public trail system is Toews v. United States, 376 F.3d 1371 (Fed. Cir. 2004). In Toews, the City of Clovis converted the abandoned railroad right of way to a public recreational trail under the federal Rails to Trails Act. The adjacent landowners filed complaints in the U.S. Court of Federal Claims seeking just compensation for the alleged taking of their property in violation of the Fifth Amendment of the Constitution. The court held that the railroad only held an easement for rail purposes, and the government could not convert that railroad easement into a recreational trail without paying just compensation:

“It is elementary law that if the Government uses...an existing railroad easement for purposes and in a manner not allowed by the terms of the grant of the easement, the Government has taken the landowner's property for the new use. The consent of the railroad to the new use does not change the equation--the railroad cannot give what it does not have.”

According to an article in the Times Standard, “Own land adjacent to Great Redwood Trail line? You might be entitled to compensation”, this situation is again playing out in Humboldt and Mendocino counties, where landowners with property adjacent to the defunct Northwest Pacific Railroad could receive compensation from the federal government following the North Coast Railroad Authority’s request to railbank a section of the railbed for the proposed Great Redwood Trail.

If you are interested in learning more about the rail conversion process, you can check out the Rails to Trails Conservancy website, or feel free to reach out with any questions.