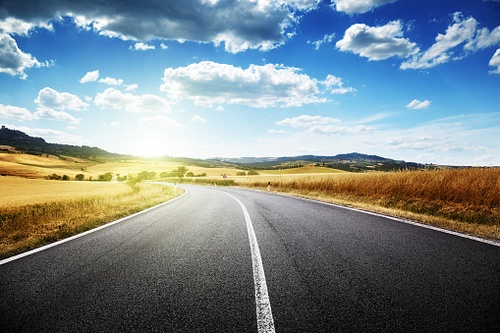 When the government physically takes or occupies property without first going through the rigorous procedural requirements under California eminent domain law, usually it's a clear-cut case of inverse condemnation liability.  But a recent California Court of Appeal case provides a unique exception involving property subject to dedication.

In Prout v. California Department of Transportation (Dec. 18, 2018, 2018 Cal. App. Unpub. LEXIS 8523),  Caltrans sought to use a 1.3-acre strip of land to make improvements to Highway 12 in Calveras County.  Caltrans started with the traditional eminent domain process by sending the impacted property owner a letter indicating that an appraisal would be prepared to determine compensation.  However, Caltrans later discovered that the strip of land was supposed to have been dedicated 20 years earlier as part of the property owner's subdivision; Caltrans therefore asked the owner to sign a grant deed for the property.  The owner refused.

Despite the owner's refusal to sign the grant deed and complete the dedication process, Caltrans began physically occupying and using the property for the highway improvement project.  The property owner filed an inverse condemnation action claiming Caltrans had taken the property without the payment of just compensation.  Caltrans defended its actions, claiming that the owner dedicated the property 20 years earlier, and that while Caltrans had not formally accepted the dedication, its physical occupation of the property amounted to acceptance.  The owner also claimed that the dedication was for a small access road, not the entire 1.3-acre strip, as such a large dedication would be unconstitutional.

At trial, the court sided with Caltrans, concluding that its physical occupation amounted to acceptance of the dedication, and upon Caltrans' "acceptance," the property owner no longer owned the strip and there was no taking of private property.  The court likewise ruled that the owner's challenge to the illegal dedication was untimely.

On appeal, the Court confirmed the trial court's rulings.

The case serves as a lesson to public agencies and property owners.  For public agencies, it serves as a reminder to formally accept dedications before the property is utilized to avoid this type of fight.  For property owners, it serves as a reminder that if you believe a permit condition requiring a dedication or exaction is improper, you must timely challenge that condition -- you cannot accept the benefits of a permit, such as approval of a subdivision map, and preserve the right to challenge the dedication down the road.