When Does the California Coastal Act Bar a Takings Challenge?
By Benjamin Rubin on 10.16.2019
Posted in Court Decisions 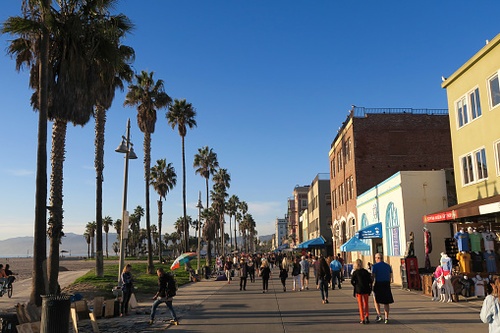 In a recent published decision, the California Court of Appeal had the opportunity to address this issue when the property owners of a beachside residence in the City of Los Angeles challenged a setback condition that the California Coastal Commission imposed on their proposed home remodel.  (See Greene v. Cal. Coastal Com. (Oct. 9, 2019) Case No. B293301.)

The homeowners proposed to add almost 1,200 square feet to their existing duplex, thereby reducing the existing 15-foot setback to 1.5 feet at ground level, and zero feet at the second level.  Immediately adjacent to the property line, on the beach side, was an area designated for a future public walkway called “Ocean Front Walk.”  Notably, while it was undisputed that the walkway was planned, no such walkway actually existed in front of the property.  After the City of Los Angeles approved a permit for the remodel as proposed, the homeowners filed an application with the Coastal Commission for a Coastal Development Permit.

Before the hearing on the permit application, Coastal Commission staff published a staff report recommending that the Commission impose a 5-foot setback from the property line.  This condition would prohibit the homeowners from proceeding with their proposed remodel, and instead force them to pursue a smaller buildout of their property.  In support of the additional setback, the staff report stated that the proposed 1.5-foot setback would be insufficient to avoid interference with the public’s use of Ocean Front Walk because: (1) the public would presume that the area in front of the home is private property; (2) the minimal setback would not allow for normal maintenance of the home, so the homeowners would have to encroach into the public space to conduct normal maintenance and repairs; and (3) there is a history of homes with minimal setbacks in other jurisdictions using designated public areas as if they were part of the homeowner’s private property.  The staff report also stated that an additional setback was justified due to sea level rise.  In light of these concerns, the staff recommended a 5-foot setback.

At the hearing, although representatives for the homeowners argued that a 5-foot setback was unnecessary, the Coastal Commission eventually voted to approve the permit application with the 5-foot setback as a condition of approval.  The homeowners subsequently filed a lawsuit challenging the condition, arguing that the decision to impose the additional setback was not supported by substantial evidence and resulted in a taking of private property.  The trial court denied the petition and the takings claim, and the homeowners appealed.

On appeal, the California Court of Appeal affirmed the decision of the trial court, finding that while the risk of sea level rise did not provide substantial evidence to support the imposition of the 5-foot setback, the potential impacts to public access were supported by substantial evidence and therefore justified the imposition of the permit condition.  With respect to the takings issue, the Court of Appeal found that the homeowners had failed to raise that specific challenge during the permit application proceedings before the Coastal Commission, and therefore waived the right to pursue the argument in court.  The Court’s analysis was based on administrative law principles, which generally require a party to exhaust all arguments at the administrative level before pursuing them in a judicial forum.

While the California Coastal Act provides an interesting overlay on the general takings analysis, the decision is a stark reminder to property owners and businesses of the necessity of pursuing all arguments at all levels.

You may recall that this past June, the U.S. Supreme Court held in Knick v. Township of Scott, (2019) 588 U.S. ___, that property owners may bypass state courts and file a Fifth Amendment takings claim in federal court in the first instance.  (Click here to see our prior post on Knick.)  As such, you may be wondering if the result would have been different had the homeowners filed their takings claim in federal court as opposed to state court.  With the uptick in federal takings claims following the Supreme Court’s decision in Knick, we will likely get a definitive answer to that question in the near future.