Will California's Sea-Level Rise Trigger Use of Eminent Domain?
By Bradford Kuhn on 07.17.2019
Posted in Inverse Condemnation & Regulatory Takings 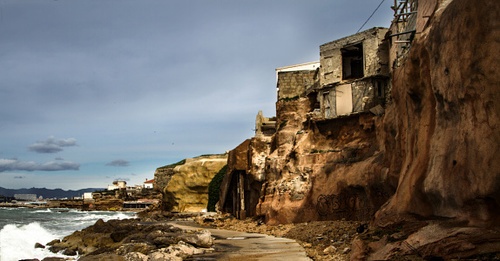 We've been tracking the impacts of sea-level rise in California, and previously reported on a potential recommendation by the California Coastal Commission to utilize eminent domain for "managed retreat" -- buying or condemning threatened homes and relocating them or tearing them down, which would thereafter free the coastline and preserve the beaches.  That recommendation has been met with widespread opposition.  According to an article in the San Diego Reader, "Don't say retreat when talking about sea rise in California," some local cities in San Diego are taking that option off the table, at least for now.  But it's not without disagreement, as other coastal cities view the situation as a "crisis" that must be addressed immediately.

While some local officials indicate that managed retreat should not be a mandate, other officials feel there is no other choice, indicating they see managed retreat "as a measure of first resort, not last....  If we only look at hard solutions, coastal armoring, we will lose the coast we're all trying to protect."  Others agreed with this sentiment, indicating "we either have managed retreat or we have unmanaged retreat.  I don't think we have any other options with respect to some areas."

If you're interested in this subject, and the tension between managed retreat, using eminent domain, preserving our coastal access and beaches, armoring or sea walls, please join us at Nossaman's Coastal Law Conference on September 10 in Huntington Beach.  And if you have time for a long read, I'd highly recommend an article in the LA Times, "The California coast is disappearing under the rising sea. Our choices are grim."  It's probably the best article I've seen on the subject, covering what's transpired in Pacifica, the impacts of managed retreat, the casualties and choices coastal cities are facing, and what options remain.  Finally, if you want to understand the potential options and costs involved, you should take a look at this Climate Costs article, which indicates the cost to address sea-level rise in California will cost over $22 billion.