Martin's Beach - The Public Taking that Almost Was, and Still May Be
By Benjamin Rubin on 12.02.2019
Posted in Court Decisions 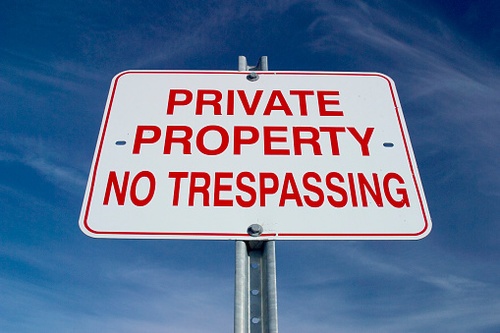 The Fifth Amendment to the U.S. Constitution states: “nor shall private property be taken for public use, without just compensation.” The California Constitution contains a similar provision. Reading these constitutional provisions, one might reasonably assume that private property cannot be acquired for public use without just compensation. However, that assumption would be incorrect. In California, like many other states, private property may be acquired for public use without the payment of any compensation through an implied dedication. Whether there was or was not an implied dedication was at the heart of a long-running legal battle between Vinod Khosla, a billionaire who purchased 90 acres of beachfront property in California, and a group entitled Friends of Martin’s Beach.

As a quick refresher, the beachfront property that Mr. Khosla purchased includes a gated access road to Martin’s Beach. This access road is the sole means of accessing the beach by land. After purchasing the property, Mr. Khosla locked the gate to the access road, effectively preventing the public from accessing the beach. Mr. Khosla asserted that by closing the gate he was simply preventing individuals from trespassing on his private property. The California Coastal Commission disagreed, and started threatening Mr. Khosla with daily fines, asserting that he was prohibiting public access in violation of the California Coastal Act. (See our coverage of that issue here.) A group entitled Friends of Martin’s Beach subsequently filed a lawsuit alleging that prior property owners had impliedly dedicated the access road to the public, and thus the public had a permanent right to use the access road.

An implied dedication may arise when (1) the acts or omissions of the private property owner afford an implication of actual consent or acquiescence to the public’s use; or (2) the public’s use is adverse and exceeds the statutory time period for adverse possession. Unlike in the private adverse possession context, for an implied public dedication one need only show that the property was used by the public with the belief that the public had a right to use the property in the manner in which it was used. Once an implied dedication has been established, the current owner or a subsequent owner cannot take back the property for private use.

Dissatisfied with this ruling, the Friends of Martin’s Beach appealed. The appellate court, however, affirmed the trial court’s ruling. Again, focusing on the fee, the appellate court explained: “Paying a fee to gain admission to Martin’s Beach was tantamount to obtaining permission or a license.” The appellate court also rejected an attempt to expand the implied dedication doctrine beyond its current limitations on the basis that the California Coastal Act strongly supports public access and use of shoreline recreational areas.

While Mr. Khosla has now prevailed both in the trial court and the appellate court, the fight does not appear to be over, as the attorney for Friends of Martin’s Beach has stated that the group will appeal to the California Supreme Court. The California Coastal Commission has also vowed to keep the beach open to the public. And with a judgment from another lawsuit requiring Mr. Khosla to obtain a coastal development permit from the Coastal Commission before permanently cutting off access to the beach, one can reasonably assume that additional developments are still on the horizon. Particularly in light of the Coastal Commission’s well-known penchant for requiring public access as a condition of issuing coastal development permits.