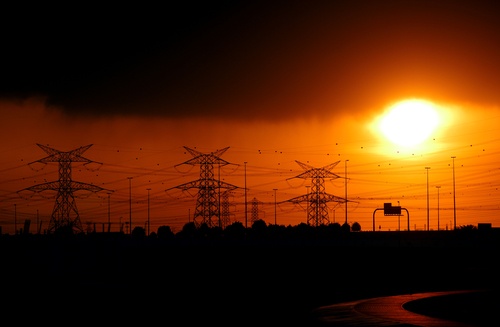 We’ve previously reported on Senate Bill 917, which was introduced on February 3, 2020, by Senator Wiener (D-San Francisco) to establish a process for a potential government takeover of investor-owned electrical, gas and water corporations.  While the stated intention of the bill was to facilitate an eminent domain acquisition of PG&E by the state government, its wording goes much further.  Additionally, on April 3, a series of amendments were introduced that would potentially significantly change the burden of proof on a municipalization takeover effort.

Specifically, the amendments to SB 917 would make changes to Sections 1240.650, 1245.210, 1245.250, and 1268.610 of the Code of Civil Procedure, which govern the standard of proof and different evidentiary presumptions relevant for eminent domain actions.  Under existing law, when the government takes private property for private use, if that property is used for the same purpose (e.g., continuing to use a water supply system to provide water), then there is a rebuttable presumption that it is a “more necessary use,” thus fulfilling one of the requirements to allow the government to condemn it.  The proposed new language changes that and states:

(c) Where property that has been appropriated to a public use is electrical, gas, or water public utility property which the public entity intends to put to the same use, the presumption of a more necessary use established by subdivision (a) is conclusive, and not rebuttable, including in the circumstances when (1) the acquiring public entity is a sanitary district exercising the powers of a county water district pursuant to Section 6512.7 of the Health and Safety Code, and (2) the public utility that owns the public utility property has been convicted of one or more felony criminal violations of laws enacted to protect the public safety within 10 years of the date the condemnation action is commenced.

While the intention of this proposed new language appears to be aimed at making the conclusive presumption regarding “a more necessary use” applicable to public utilities that have been convicted of a felony, the language is ambiguous in that it uses the word “including” those situations -- not “limited to” those situations.  Therefore, a government entity may attempt to interpret this proposed statute to make all municipal takeover eminent domain actions involving “electrical, gas, or water public utility property” subject to the same “conclusive” presumption.  This would, in effect, make contesting any municipalization takeover effort incredibly difficult and would effectively eliminate a significant potential defense that was previously available.

There are also several other amendments to the initial SB 917 language, including:

You can view the April 3, 2020 amendments to the initial SB 917 language introduced in February here or view how the amended language would change existing statutory codes here.

If you have any questions or concerns regarding this proposed legislation, please feel free to reach out.