Another Appraisal Opinion Bites the Dust
By Bradford Kuhn on 04.01.2021
Posted in Appraisal, Court Decisions, Valuation 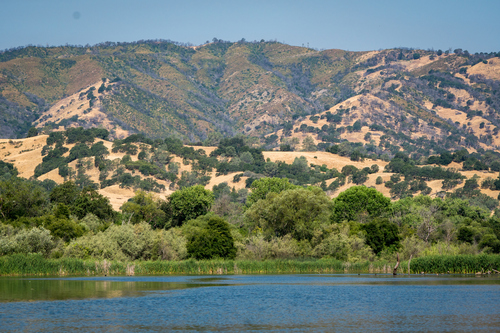 In California eminent domain cases, appraisers typically have relatively wide latitude in determining fair market value for the property to be acquired. However, there are certain rules they must follow, and when an appraiser violates those rules, the appraiser’s opinion may be completely stricken, leaving a property owner or a public agency with no valuation evidence. This is precisely what happened in a new unpublished California Court of Appeal decision, Solano Transportation Authority v. Anderson (2021 Cal.App. Unpub. LEXIS 2129), where the property owners’ appraiser relied on inadmissible evidence and attempted to introduce new valuation opinions after the expert exchange.

In Solano Transportation Authority v. Anderson, the Authority filed an eminent domain action to acquire a narrow strip of land bisecting the owners’ 568-acre property in order to construct a water conveyance system. The owners claimed they had plans to develop the property as a mitigation bank which would generate income through the sales of environmental credits, and the Authority’s project conflicted with their plans.

The Authority filed motions in limine to exclude the owners’ appraiser for relying on (i) comparable sales that were acquired by public agencies, (ii) un-comparable sales data, (iii) the “developer’s approach” to value, and (iv) new opinions that were not part of the expert exchange. The court granted the motions, but reserved details depending on how evidence played out at trial. After trial commenced and additional motions were granted excluding the owners’ appraiser’s opinions, the parties ultimately stipulated to judgment at $8,100 (the Authority’s appraised value) so the owners could file an appeal.

Property owners and public agencies regularly have varying opinions on the just compensation to be paid for the taking of property for a public project -- particularly when it comes to severance damages. While appraisers have flexibility and latitude in the methods used to determine just compensation, eminent domain has special rules that exclude certain types of comparable sales data, certain valuation approaches, and data and information that is not timely or property exchanged. The Solano Transportation Authority case serves as a good reminder for property owners, public agencies, appraisers, and eminent domain attorneys on the importance of relying on admissible valuation evidence and complying with expert exchange requirements.