On June 5, 2019, the California Supreme Court (Court) heard oral argument in the case City of Oroville v. Superior Court of Butte County, Case No. S243247 (Oroville Case). This case is notable because it is the first time that the Court is weighing in on a significant case concerning the doctrine of inverse condemnation since Bunch v. Coachella Valley Water District, 15 Cal.4th 432 (1997).

The inverse condemnation case law has developed considerably in the more than two decades since Bunch, although this has largely occurred only at the Court of Appeal level. Most recently, inverse condemnation has been thrusted into the spotlight as liability under that doctrine has featured prominently in the context of catastrophic wildfires. 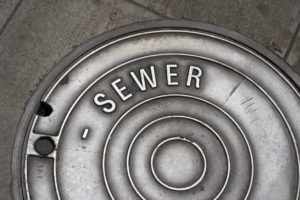 In this case, the Court of Appeal Third Appellate District held that the petitioner City of Oroville(City) was liable in inverse condemnation for a sewage backup into private property even though the owners failed to install and maintain backwater valves on their private property as required by state and local legal authority. City of Oroville v. Superior Court, 2017 WL 2554447 (Cal. Ct. App. 2017).

On oral argument, counsel for the City and counsel for real party in interest California Joint Powers Risk Management Authority (JPRMA) both urged the Court to find that the City should not have been held liable under inverse condemnation. They argued that there was no deliberate decision on the part of the City that led to the damages and that the evidence demonstrated that if the backflow valve were in place, the damages would have been avoided. They also attempted to distinguish an earlier Court of Appeal decision, California State Auto Ass’n Inter-Insurance Bureau v. City of Palo Alto, 138 Cal.App.4th 474 (2006), which was heavily relied upon by the lower court in this case.

Counsel for the respondent property owners focused on the lower court’s finding that the primary cause of the damages in this case was the blockage in the sewer pipes and that the secondary cause was the failure to install a backflow valve. He focused on the rule under inverse condemnation case law that even if there were several concurrent causes, the public improvement need only be one substantial cause of the damage in order for liability to attach. Belair v. Riverside County Flood Control Dist. (1988) 47 Cal. 3d 550, 559 (1988). Explaining that the absence of the backflow valve alone would not have caused the damage, the respondent’s counsel argued the Court should find liability under inverse condemnation.

With the close of the oral argument, the Oroville Case is now formally submitted and a final decision is expected on or before September 3, 2019. It will be interesting to see the Court’s opinion in this decision, not only for the outcome in this individual dispute, but to see whether the Court incorporates or rejects inverse condemnation concepts from various Court of Appeal decisions that have arisen in the many years since the Court last visited this area of law with Bunch in 1997.

The full briefs submitted to the Supreme Court in this case are available online here. A video recording of the oral argument is available here.