College of the Desert to Pay $22 Million to Settle Eminent Domain Case
By Bradford Kuhn on 04.25.2018
Posted in Projects 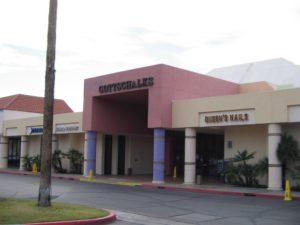 For years, the College of the Desert has been seeking to acquire the former Palm Springs mall in order to expand its campus to the west valley.  It has been quite a lengthy battle, as the property owner had repeatedly objected to the College's use of eminent domain for the site.  However, last week, the parties finally reached a settlement of the condemnation action, with the College agreeing to pay $22 million for the property -- dramatically more than the $9.6 million the College originally offered to pay.

According to an article in the Desert Sun, the 29-acre property will allow the College to leverage its partnership with DIGICOM Learning, where the College will establish a Center for Digital Media Education in the new West Valley Campus, where both K-12 and college students can learn skills in video storytelling.  The goal is to train students in digital media and to connect them with Coachella Valley businesses that need employees trained in video.

Apparently, the owner paid in the $9-10 million-range for the property in 2012.  Even with the improving real estate economy, and despite the mall becoming vacant, the owner did quite well.