Condeming Underwater Mortgages: Another Look at the Legality of It
By Rick Rayl on 09.24.2013
Posted in Projects 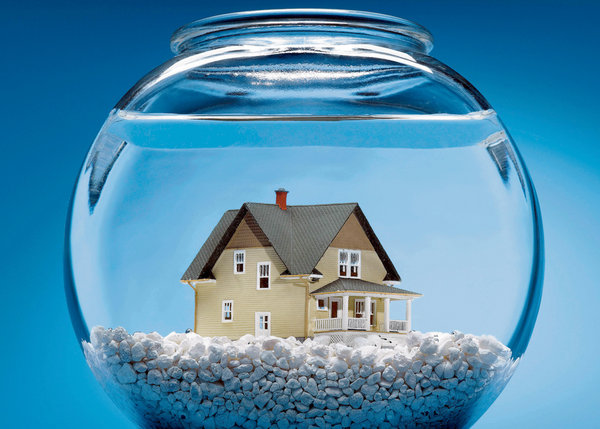 OK, I'll admit it.  A year ago I thought this whole condemnation-of-underwater-mortgages thing would die off pretty quickly.  I predicted we'd never see any large-scale condemnation effort.  So far, I've missed badly on the first prediction -- but it remains to be seen whether I'm right on the second one.

To date (unless I've missed something), not a single condemnation action has been filed anywhere in the U.S. to condemn an underwater mortgage.  But the concept certainly has not disappeared quietly into the night.  Instead, some cities continue to pursue the idea.

One in particular, Richmond, California, seems intent on following through with condemnation.  The city has committed to pursuing the plan, and it has apparently made more than 600 offers to acquire performing, underwater loans under threat of eminent domain.

As my colleague Bernadette Duran-Brown reported recently, even the idea of moving forward triggered litigation from the finance community, but the court rejected the claim as unripe.  This does not mean Richmond's plan is legal; it just means the courts won't rule on its legality until Richmond actually tries to condemn something (which makes pretty good sense to me).

So where does this leave us?  Assuming Richmond does adopt resolutions of necessity and file condemnation actions, we can assume there will be right-to-take challenges, which will raise a number of thorny legal issues, including some largely forgotten constitutional claims like the Dormant Commerce Clause.  (Don't worry.  I'm a lawyer who studied this stuff in law school, and even I needed to check the Wikipedia cite to remember what the heck "Dormant Commerce Clause" means.)

Fortunately, Mike Konczal has published a pretty detailed analysis of all of these issues in a recent Washington Post Wonkblog article, Is Richmond’s mortgage seizure scheme even legal?  I won't give away all his secrets, but for those unwilling to click over to read the actual article, the bottom line is that Mr. Konczal concludes that the plan is legal, and will survive each of these anticipated challenges:

Mr. Konczal's view is that the courts will reject each of these challenges and allow Richmond to proceed.  He also rejects the idea that the plan will destroy the underlying housing market, agreeing with Professor Dreier, a professor at Occidental College, that "stabilizing the mortgage market is far more important in making credit widely accessible."

As I've said in the past, I largely agree with Mr. Konczal.   I think the plan will likely survive legal scrutiny, though I think courts will struggle with some of the issues and that it will end up taking at least one Court of Appeal decision before the issues are settled.  (For those who want to revisit my early analysis, I wrote three posts on the subject in July 2012:  one describing the concept; one about legality; and one about economics.)

But I do disagree with Mr. Konczal on his ultimate conclusion.  He appears convinced that the plan will work economically.  In other words, he agrees with the contention that "fair market value" will allow the city to acquire the mortgages at far less than the underlying homes are worth -- enough less to put a new loan on the property at no more than the home is worth, while leaving a delta between the condemnation cost and the new loan sufficient to pay all transaction costs (including attorneys' fees) plus the fee to Mortgage Resolution Partners.

So the problem is clear, but how does it play out in an eminent domain case?  I still think the lenders will be able to argue that the loans (remember, they are all performing loans) are worth at least as much as the underlying home.  If this is true, the plan is a financial disaster.

That leaves $44,000 left over.  From that, Mortgage Resolution Partners takes its fee, previously identified as $4,500.  Round it off and we have $40,000 left to pay for the condemnation action -- an action that will likely include a right to take trial and a jury trial on just compensation.  Now I'm not sure what lawyers are going to try these cases or what their hourly rates are, but I am pretty confident that no city can find lawyers to conduct both a right-to-take trial and a just compensation trial, including hiring appropriate experts, for $40,000 or less.  And as soon as one concedes that it will cost more than $40,000 in transaction costs, the plan fails economically.

Hey, I might be proven wrong again; after all, I was the one telling you a year ago that this idea would simply die off.  But for now, I remain exceedingly unconvinced.  As always, time will tell.