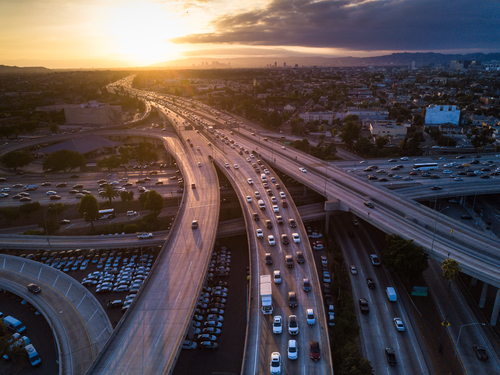 In 1994, the U.S. Supreme Court issued its decision in Dolan v. City of Tigard, 512 U.S. 374, holding that in order for a dedication or exaction to pass constitutional muster, in addition to establishing an “essential nexus” between a legitimate state interest and the permit condition, the condition must be roughly proportional to the impact of the proposed development.  More than two decades later, the County of El Dorado adopted Measure E.  Under Measure E, instead of allowing a developer to pay their fair share toward traffic improvements through a traffic impact fee program, a developer could not obtain a discretionary approval unless it was conditioned to construct all road capacity improvements necessary to avoid any cumulative traffic impacts.

After Measure E passed, the staff and County Counsel for El Dorado County issued a memo analyzing Measure E.  The memo explained that under a littoral reading of Measure E, a small development that resulted in minimal cumulative traffic impacts could be forced to fund over $400 million in traffic improvements.  The memo then acknowledged that such a result would violate the Supreme Court’s holding in Dolan v. City of Tigard, as the obligation would not be roughly proportional to the impact.

Not surprisingly, soon after Measure E passed the Alliance for Responsible Planning filed a petition seeking to have Measure E declared invalid.  The trial court found that Measure violated the takings clause by conditioning approval on the developer paying more than its fair share for the cost of traffic mitigation arising from its development.  The court of appeal affirmed the trial court’s ruling.

In doing so, the court of appeal rejected the argument that Measure E was simply a land use control measure.  The court of appeal explained that unlike in California Building Industry Association v. City of San Jose (2015) 61 Cal.4th 435, where a city ordinance required a new residential development to provide a certain percentage of affordable units, Measure E requires a developer to give up “a property interest as a condition of approval: the developer must complete or construct road improvements.  The challenged portion of the initiative therefore may not be upheld as a land use control.”

The court’s resolution in this case was not surprising, as the County’s own memo acknowledged the constitutional problems with Measure E.  Nevertheless, the decision is a good reminder of the benefits of fee programs in general, and their ability to address both direct and cumulative impacts in a manner that allows for development to continue as opposed to stagnate.