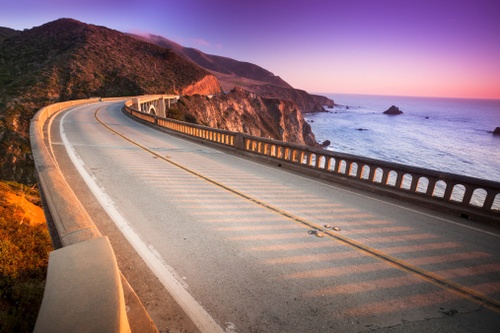 Like the vast majority of general civil litigation, eminent domain matters usually settle before going to trial.  The resolution is typically documented in either a stipulated judgment or a settlement agreement.  What is unique to eminent domain, however, is that the settlements oftentimes take place before the public project is fully constructed, meaning the parties are resolving their claims based on the "project as proposed," without seeing the actual finished product or fully understanding its impacts on the property.  In documenting a settlement, property owners can sometimes attempt to retain certain rights to seek additional damages, but a recent court of appeal decision, Sani v. People ex rel. Dept. of Transportation, highlights the risks, uncertainties, and limitations of coming back after a settlement to seek additional compensation.

In Sani, Caltrans was seeking to realign a section of Pacific Coast Highway in San Simeon to protect against coastal erosion (side note -- see my blog post on sea level rise and impacts on takings).  Caltrans filed an eminent domain action to acquire portions of two residential lots owned by the Sanis (parcels 1 and 2); the Sanis then filed a cross-complaint for inverse condemnation for additional damages to easements in favor of a third residence they owned (parcel 3).

The parties settled the eminent domain and inverse condemnation action at mediation; Caltrans acquired all of parcels 1 and 2, subject to certain easements in favor of the Sanis, and agreed to use the property for "state highway purposes" and "any use" that did not interfere with the easements benefitting parcel 3.  Caltrans paid $6.44 million for the acquisition, along with all damages associated with the acquisition and the construction and use of the project, to "fully and finally resolve" the eminent domain and inverse condemnation actions.   The Sanis reserved the right to bring a "future claim in inverse condemnation for any alleged taking of or alleged diminution in value to [parcel 3] arising out of the project and construction of the project," but waived any future claim against Caltrans based on any action done or right granted pursuant to the settlement.

At a bench trial, Caltrans presented evidence that the easements were not interfered with, and construction activities were typical and standard.  The court determined that the Sanis did not establish any compensable taking, as the prior settlement resolved all claims regarding the Sanis' reserved easements, and the "minor inconveniences" to parcel 3 during construction did not give rise to the level of a taking.

The Court of Appeal

On Appeal, the Court walked through each of the Sanis' new inverse condemnation claims:

The Sani case is an important reminder for property owners and public agencies to carefully document their settlement agreements or stipulated judgments.  If the parties intend to reserve certain claims, there needs to be clear statements to that effect.  If the parties are resolving an eminent domain action prior to construction of the project, they need to fully understand what the project entails, what future construction will look like, and how these activities may disrupt the use of the property in the future.