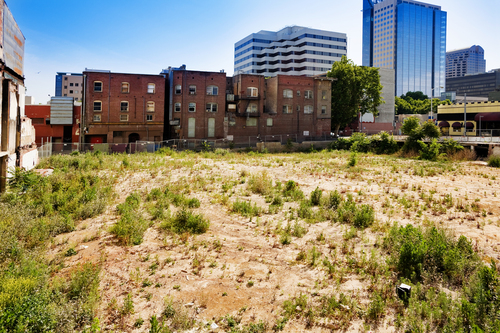 In order for a property owner to successfully pursue a regulatory takings claim for inverse condemnation, the owner is typically required to pursue multiple different development options, and face multiple permit denials, before a claim will be ripe. However, a recent California Court of Appeal opinion, Felkay v. City of Santa Barbara, 2021 Cal.App. LEXIS 225, held that “multiple applications are not required where the permit denial makes clear that no development of the property would be allowed under any circumstance.”

In this case, a property owner applied to build a house on a property that had physical characteristics that precluded any building on a portion of the property and coastal plan policies that prohibited development on the remaining portion.  The application to build on the physically compatible portion of the land was rejected by the City at both the planning commission and city council levels – despite staff recommendations of a policy waiver – because it violated the coastal policy.  This eliminated all development options on the property.  The owner did not attempt to submit multiple applications, as the City had “made plain” it would not allow any development within that physically compatible portion of the property.  After the initial denial, the owner filed an inverse condemnation action.

During the trial for inverse condemnation, the court found that there had been a taking.  The court gave the City the option to either (i) rescind the denial of the permit or (ii) proceed to a trial on the amount of just compensation.  The City elected to proceed with the valuation phase.  A jury awarded the property owner $2.4 million.

On appeal, the City contended that the inverse condemnation claim was not ripe, because the owner should have submitted a revised application after his original permit was denied.  The city argued the owner could have potentially made other uses of the property aside from a residential development.  A regulatory taking is ripe when the governmental entity has reached a “final, definitive position” about the application of a regulation to the land (see Hensler v. City of Glendale (1994) 8 Cal.4th 1, 10).  This typically requires an attempt by the property owner to seek a variance or waiver of the restrictions against development on the land before the claim will be deemed ripe.

However, under the futility exception, multiple applications are not needed where the first rejected application makes it clear that no project, under any submission, will be approved.  In this case, the Court found that the City would not permit any development on the portion of the property covered by the coastal policy, as it was even given an option at trial to waive the application of the coastal policy as to the property.  Therefore, the owner was not required to submit multiple applications because the prior denial established that the City would not allow development under any circumstance.

While property owners must often make multiple attempts to have development applications approved prior to a claim for a regulatory taking, the present case illustrates how the “futility exception” can sometimes expedite that process.  Where a permit denial makes it clear that no development will ever be allowed on the property, the owner is not required to submit multiple futile applications.  The owner may proceed with the claim for inverse condemnation.

The case serves as an important reminder for property owners to ensure that before pursuing an inverse condemnation claim they have clear documentation that any potential development will not be permitted under any circumstance.  The case also serves as a reminder for public agencies and governmental authorities that if they wish to avoid takings claims, they need to leave open the door for different development options, even if the one presented is not acceptable.