One of the unique things about eminent domain cases is that a set of specific procedural rules govern the admissibility of valuation evidence at trial.  A new unpublished opinion from the Court of Appeal, San Bernardino County Transportation Authority v. Byun, explores some of the many things that can go wrong when a party ignores those procedural rules.

At the outset, I must admit to a personal stake in this one; this was a case I handled, and which I argued at the Court of Appeal on May 17 (that the decision came out so quickly after argument gives some sense of how the Court felt about the case).  Without getting too deep into the multi-year factual morass, suffice it to say that the opposing party violated about every rule regarding valuation opinions that exists, many of them repeatedly. The end result was the trial court's exclusion of two entire teams of designated experts, the owner and his plant manager, and myriad contractors and other witnesses (I think the total was about 20 by the end of it).

The opinion covers a lot of the procedural history, and though fascinating, there really is not much worth rehashing here.  I did, however, want to focus on one particular issue, since it is a mistake often made in eminent domain cases when inexperienced condemnation attorneys represent the property or business owner. 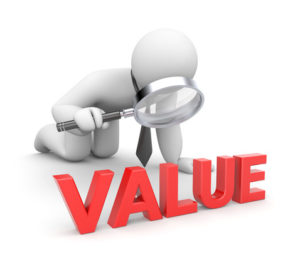 In condemnation cases, Evidence Code section 813 provides that the property's owner has a right to testify to an opinion of value.  This is unusual, since typically a valuation opinion would be the exclusive realm of a qualified expert witness (typically, an appraiser).

While property owners and their attorneys always seem to stumble onto this rule, it comes with a crucial corollary:  the owner, just like any witness who intends to offer an opinion of value at trial, must be designated during the expert exchange.  Perhaps more importantly, the owner must exchange a "statement of valuation data" describing the intended opinion.  Failure to follow these procedural steps correctly can have a devastating impact, because it results in the waiver of the owner's "right" to testify.  As the Court of Appeal explained in affirming the trial court's exclusion of the owner:

[Owner]'s right to testify did not excuse his failure to sign and exchange a supporting statement of valuation data.