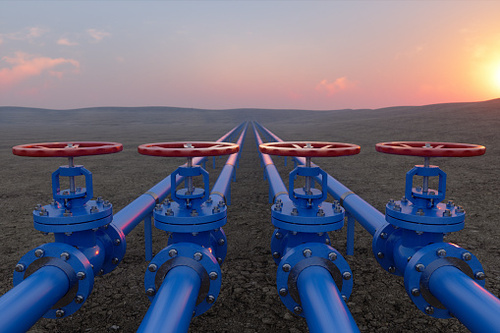 The Supreme Court of the United States rarely hears anything related to eminent domain or takings cases; the Kelo decision in 2005 was the latest “big” case for our industry, although the 2019 Knick decision also made headlines. But in the last week, SCOTUS has shown a keen interest in property rights, rendering several impactful decisions – with a focus on California in particular.

We just reported on the Cedar Point Nursery decision, where the Court found that a regulation allowing unions to access private property constituted a taking. Now, the Court has issued several more decisions impacting takings cases.

In Pakdel v. City and County of San Francisco, the Supreme Court unanimously sided with property owners and held that an owner has the right to file a federal takings case against state and local governments without going through the state court procedures (which decision extends the Court's ruling from 2019 in Knick v. Township of Scott). The lower court had previously held that the plaintiffs claiming that San Francisco took their property rights by requiring a lifetime lease to existing tenants as part of a condo conversion were required to first exhaust all possible administrative remedies to get the city to change its decision before they could pursue relief in federal court. The Supreme Court has now reversed that ruling, explaining that the government’s regulation requiring a lifetime lease is a definitive position that inflicted actual, concrete injury. This is an important decision that ensures state and local governments cannot use the “finality rule” to avoid litigating takings cases in federal court. You can read more about the decision on the Volokh Conspiracy blog or the Inverse Condemnation blog.

Additionally, in PennEast Pipeline v. New Jersey, the Supreme Court upheld a Federal Energy Regulatory Commission (FERC)-authorized pipeline company’s authority to use eminent domain to acquire property across state-owned land. Allowing a private company to condemn publicly-owned land to build a natural gas pipeline is a major win for the utility industry. In the 5-4 decision, the justices said that PennEast Pipeline Co. could take 42 parcels of land in New Jersey to build a 116-mile conduit from Pennsylvania. The Court explained that “condemnation actions do not offend state sovereignty, because the States consented at the founding to the exercise of the federal eminent domain power, whether by public officials or private delegates.” The decision reverses a 2019 decision from the lower court that rejected the pipeline company’s condemnation claims and held that the Natural Gas Act did not override sovereign immunity under the 11th Amendment of the Constitution, which protects states from being brought to federal court against their will. The Supreme Court’s decision makes clear that the Natural Gas Act does authorize private companies that had received a certificate from FERC to condemn “all necessary rights-of-way, whether owned by private parties or States.”

Will the run of takings cases continue at the Supreme Court? Perhaps. According to an article in Fox 32 Chicago, Supreme Court might decide this week to hear case involving Chicago's Blommer Chocolate Company, the Supreme Court is considering hearing a case that started two decades ago where Blommer’s Chocolate Company worked with the City to use eminent domain proceedings to acquire an adjacent owner’s property so Blommer’s could expand its business. The property owner has challenged the City’s condemnation action, claiming it is unconstitutional for the City to acquire his property and hand it off to another business. Agreeing to hear the case would give the Court the opportunity to revisit the 2005 Kelo decision that allowed the city of New London, Connecticut, to use eminent domain to take private property and then sell it to private developers as part of an attempt to revitalize the city.

It’s a pretty exciting time to be an eminent domain attorney. We’ll keep you posted as more stories develop.