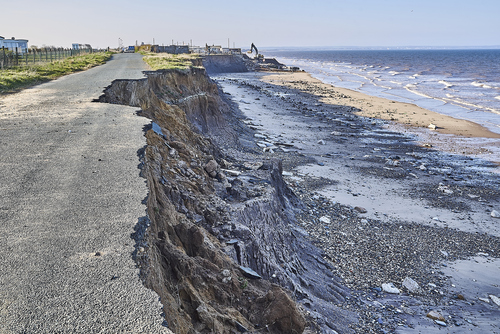 Sea level rise is a critical issue facing public agencies and property owners throughout the United States. In California alone, this phenomenon could impact thousands of residences and businesses, dozens of wastewater treatment plants and power plants and hundreds of miles of highways, roads and railways. Last year, the California Legislature introduced a number of bills that proposed to address, or anticipate, or mitigate the impacts of sea level rise in California. Almost all of those bills, however, failed to make their way to the Governor’s desk. This year, the California Legislature is doubling-down, having introduced more than a dozen bills intended to address sea level rise in some form or fashion. For example:

While there are a number of additional bills that may also continue to wind their way through the Legislature, it is clear that California is looking at a number of options in order to try to address sea level rise. Whether for better or worse, many of these bills will make developing in the Coastal Zone more time consuming and costly. They will also likely limit what can be developed in the Coastal Zone and in some instances even outright ban future development.

Currently, property values in California do not seem to be impacted by the potential future effects of sea level rise or the wave of pending legislation. Homes and other types of property are still selling for huge premiums due to their ocean-proximity. The question is whether this continues, or whether buyers start taking into account possible limitations on development or redevelopment, restrictions on use, or potential impacts from sea level rise.

From a “takings” perspective, it appears the proposed legislation has been crafted broadly and in such a way as to avoid inverse condemnation or regulatory takings liability, but the real question will be how local jurisdictions implement the various programs (assuming the legislation is adopted). Local agencies will need to be careful to limit their actions or regulations so they do not (i) create a “per se” regulatory taking by limiting all economically beneficial use of a particular property, (ii) create a physical taking by constructing physical improvements (such as revetments) on private property, (iii) create a Nollan/Dolan taking by imposing unconstitutional exactions or dedication requirements, or (iv) create a Penn-Central taking through significant interference with a property owner’s investment-backed expectations.

Local coastal jurisdictions will face a delicate balancing act in the future in trying to manage, on the one hand, private property rights and avoiding takings liability, against, on the other hand, the need to maintain public beaches and protect costly damages to infrastructure.