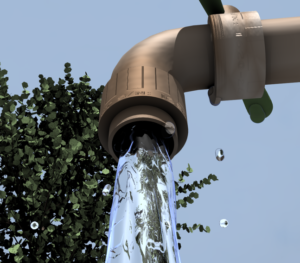 In California, one of the first cases to reach trial on this issue is about to wrap up.  The City of Claremont sought to condemn the Golden State Water Company's assets, and Golden State fought the City's right to take.

In a Court trial (i.e., a trial without a jury), the judge has just issued a tentative decision to side with Golden State, denying the City's right to take.  According to a November 10 article in the Inland Valley Daily Bulletin, Tentative ruling has Claremont losing bid to takeover water system:

Judge Richard Fruin’s tentative decision finds it is in the public’s best interest for the system to remain as a private investor-owned utility.

This is not necessarily the end of the story.  The City has 15 days to submit comments and, even if the judge maintains his decision, the City has the option to appeal, something which seems likely, as the City's November 10 press release explains: "Should the final decision be against the City, the City Manager will forward a recommendation to the City Council to begin the appeal process."

We will keep you posted.