What Does the Election Mean for the Future of Infrastructure Development?
By Bradford Kuhn on 11.04.2016
Posted in New Legislation 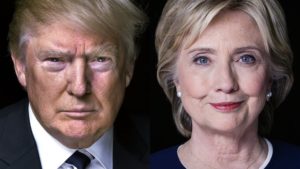 With only a few days remaining until one of the most controversial presidential elections in history, there has been little focus on the candidates' plans as it pertains to the future of infrastructure development in America.  But both Hillary Clinton and Donald Trump have big spending plans -- they are just vastly different in their proposals on how funds will be raised and spent.  If you're interested in a detailed breakdown of Clinton's and Trump's infrastructure plans, there is an excellent article by Chuck Devore in Forbes titled "Where Clinton and Trump Stand on Transportation".

According to the article, infrastructure experts predict that America needs $500 billion of new infrastructure spending per year -- about 3 percent of the national economy and a little more than double the current rate of spending.  Where would that money come from, and how would it be spent?  Here's a brief re-cap of the article discussing where Clinton and Trump stand, along with Devore's take on potential issues or concerns:

While infrastructure development continues to be a huge issue in America, and Clinton and Trump's proposed plans differ significantly, transportation spending will likely remain out of the main stream media given the more dramatic issues surrounding each candidate.  Happy voting America!